Need for Reforms and Changes

Islamic Voice 0 November, 2016 12:00 am
US Servility to Israeli Objectives
Challenging Radical Islamist Interpretation of Jihad
Universe is Inexplicable without God

This book offers a detailed history of madrasas and discusses their nature and the roles they have played in spreading knowledge among Muslims. 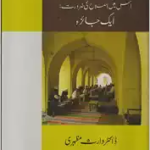 Seeking and imparting knowledge is cherished as sacred in slam. The Quran lays great emphasis on its importance.
This evolutionized the later history of human intellectual endeavour, for education and knowledge were no longer confined to the elites of society. The early forms of educational institutions that developed in Muslim societies were largely due to the efforts of individual scholars well-versed and renowned in their subjects. These were diverse in nature but were later institutionalised when Muslim rulers started building huge educational edifices. These institutions were called madrasas -meaning ‘a place where learning and studying take place’.
Madrasas played a very important role in intellectual advancement of Muslims, being torchbearers of knowledge in the medieval period. As these institutions ceased keeping pace with the times, Muslims lost their vitality in modern world. This obliged them to find out the causes that led them to this disaster. There were voices holding the educational system of Muslims as responsible for their decline. Some advocated for education based on Western or modern values as the only way out, while many others supported, with some changes, the traditional madrasa system – the repository of the Muslim intellectual legacy.
Although the madrasa system is still well-established, there are voices of discontentment from within and outside the system. At the same time, it has been receiving considerable support as well. This book offers a detailed history of madrasas and discusses their nature and the roles they have played in spreading knowledge among Muslims. It focuses particularly on the madrasas in colonial and post-Partition India, especially in the north. The author is well-equipped for the task, having been trained in both traditional and modern educational systems – being a graduate of the Dar-ul Uloom Deoband and a Ph.D. from Jamia Millia Islamia, New Delhi.
Currently, the author says, many madrasas continue with the Dars-e-Nizami, a curriculum which was formulated several centuries ago. Several texts and subjects in this curriculum and the teaching methodology, he suggests, need change and reform. He furnishes a detailed list of the syllabuses prescribed in important madrasas affiliated to different schools of Muslim religious thought in northern India. He reflects on discourses of madrasa curricular reform and some of the challenges that madrasas face. A student is often not able to acquire excellence and competency in the subjects he/she has studied for years in a madrasa. Importantly, the author not only criticises the existing educational system of madrasas and the unbending attitude of many of the ulama, but also offers ways to resolve these issues. He suggests, for instance, training centres in which madrasa teachers could learn modern teaching methodologies and is of the opinion that the curriculum must accommodate English. Hindi and other, local languages. Students in madrasas should be educated in modern subjects, which will help in lowering the rate of unemployment among madrasa graduates and link them with modern realities. He emphasises that the role of madrasas and their graduates should be conceived of in the context of the multicultural society of India. He also envisages that the madrasa graduates should be capable of providing their services in different spheres, not limiting themselves only to issues narrowly conceived of as ‘religious’.
This book is the result of thorough research and sheds valuable light on various issues pertaining to madrasas.
(The reviewer is a postgraduate student at Jamia Millia Islamia. He can be contacted at: [email protected])