Islamic Voice 0 April, 2017 12:00 am
Super Nuggets for Your Life
Exploring the Deccan Sultanates
Tasteful Saga of an Entrepreneur

In this slim but deeply-insightful book, the author persuasively argues the case for what he calls ‘environmental spirituality’, which he sees as inhering in various different religious traditions. 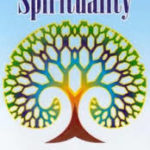 That the earth is today faced with a grave ecological crisis few would deny. Because of unbridled greed, leading to over-consumption and over-production, a huge proportion of the earth’s resources has been destroyed, most of it in the last few decades alone. People concerned with where the earth is heading are trying different ways to respond to this crisis of truly global proportions. In this regard, what role can the various spiritual traditions of the world, that command the allegiance of vast millions, play?
In this slim but deeply-insightful book, the author, a Jesuit priest and academic, persuasively argues the case for what he calls ‘environmental spirituality’, which he sees as inhering in various different religious traditions. It is, he seeks to argue, the antidote to the global ecological crisis.

Problematic Concept of ‘Development’
The devastation that Earth faces today is, at root, a product of a spiritually-bankrupt worldview that is premised on a deeply problematic concept of ‘development’ and the related notion of the purpose of life being the maximization of sensual pleasure, including consumption and material acquisition. This being the case, overcoming it necessitates an inner transformation of us as individuals and communities, a complete change in how we perceive the purpose of our lives. In this regard, ‘environmental spirituality’ has a key role to play.
Ignacimuthu defines ‘environmental spirituality’ as “the spirituality that arises from experiencing the Divine in and through the environment.” It is “founded on the realization of the intrinsic worth of the environment.” It emerges from “the realization of the environment as the heart or focus of our intellectual, moral, aesthetic, psychological and spiritual lives.” The environment as “the creative blessing of God entrusted to humans” takes centre-stage in this spirituality, inspiring people to respect, appreciate, protect and regenerate the environment. It invokes, Ignacimuthu explains, love for nature and enables people to avail of the gifts of nature judiciously by avoiding waste. It reminds us that we are dependent on nature not only for our physical needs, but also for our psychic needs. It critiques the notion that the non-human world is simply a means to serve human ends, at the same time as it reminds us of the constant interdependence between humans, non-human species and the physical environment.

Stress on a Minimalistic Lifestyle
Various spiritual traditions, we learn from the book, stress a minimalistic lifestyle and speak against greed, wastefulness and hoarding (considering them as sins or as forms of ignorance). They remind us that this world is only temporary, cautioning us not to get trapped in sensual pleasures, because that leads to suffering or punishment and causes us to deviate from the right path. These teachings, if put into practice by us as individuals, can enable us to reduce our burden on the earth in terms of resource-consumption, while at the same time helping us live out our faith more authentically. While people of different faith traditions may be inspired by different scriptural sources for leading an eco-friendly lifestyle and doing their bit to protect the environment, their common love, respect and concern for the environment brings them together. This can become a very useful and much-needed form of interfaith or inter-community cooperation. Because these teachings are present in different religious traditions, the ‘environmental spirituality’ that can emerge from them can be truly inclusive and transcend religious or community boundaries.
Much of the book is devoted to highlighting teachings in different religious traditions that can form the basis of a contemporary ‘environmental spirituality’. In Hinduism, for instance, Ignacimuthu tells us, all things are regarded as manifestations of the Divine, and this non-dualistic understanding promotes love and respect for all beings, including animals and plants. In Judaism and Christianity, the belief that the world is God’s creation and that God values all of creation means, that to honour God, one must honour God’s creation. Harming the environment can be considered to be a sin. According to Islam, Ignacimuthu says, everything in nature is a sign of God’s existence. Human beings are God’s vicegerents on earth, which has been given to them in trust. As God’s trustees, human beings should relate with the rest of the world carefully, not wasting or misusing it. Ignacimuthu refers to Buddhism’s advocacy of non-violence, non-aggression, non-greed and love and compassion for all beings, these being teachings that can be at the core of a spirituality that is committed to a caring relationship with the environment and non-human species.

Cultivating Mystical Sensibility
Many of us have been taught to think of the world around us as an inert ‘natural resource’ that exists for us to ‘exploit’. This understanding is at the very basis of the ecological crisis that we are faced with today. In total contrast, many mystics, in different religious traditions, had a completely different understanding of nature, we learn from this book. They were great lovers of nature, seeing God as present in every bit of it, regarding the universe as the manifestation of the Divine. For them, the world was an arena for God’s presence and for God to reveal God’s attributes. In this regard, Ignacimuthu urges us to relearn the importance of actively cultivating this mystical sensibility.
People of various faiths can readily relate with much what Ignacimuthu urges us to recognize: that God is concerned not just with human beings, but with all other beings and things, too; that the environment helps us experience God’s immanent presence since it manifests the presence of the Divine; and that the understanding of the environment as infused with the Divine should make humans develop a profound sense of responsibility towards it (including in terms of adopting eco-friendly lifestyles and valuing the life of non-human species).
If you are concerned about the way the world is heading and want to do your little bit about it, you might find this little book, which is packed with ecological wisdom from various religious and spiritual traditions, very inspiring.