The horrific state of the environment stems at root from our ignoring the fact that this creation is God’s and that we must relate with it as God wants us to. 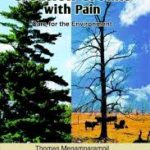 All creation groans with pain, says the Bible (Romans 8:22), and, as this book reminds us, this is quite literally true because of the environmental crisis of global proportions that human greed has engendered. Our notions of ‘progress’, based on unlimited economic ‘growth’, this book reminds us, are playing havoc with the state of the planet.

Endless Consumption
The ecological crisis necessitates a complete revision of how we understand the purpose of human life, Menamparampil suggests. Life isn’t about endless consumption, about owning and using things. Each time we consume something”even if just a sheet of paper”it is a reduction of the earth’s resources, and a worldview premised on the notion that ‘success’ is all about maximizing consumption is, therefore, guaranteed to result in environmental disaster. Menamparampil calls the assault on God’s creation by human greed as ‘ecological sin’, and also speaks of human beings practice of ‘apartheid’ against other species. Ignoring the fact that the earth is God’s, and not ours, human beings think they can do what they like with it, which, the book tells us, has led to the present ecological crisis and could also lead to the end of the human race.

Arrogance of Human Beings
The root of the current crisis is our forgetting who we are”creatures of God”which has resulted in forgetting that it is God, and not we humans, who owns the world. The horrific state of the environment stems at root from our ignoring the fact that this creation is God’s and that we must relate with it as God wants us to. The disaster humankind faces is a natural result of this arrogance of human beings, who have sought to divinise the ‘Market’, resulting in, Menamparampil says, our converting the global market economy as a ‘new form of god’, or ‘the idol of our times’.
In place of ‘conquering’ nature”which is what the materialist worldview goads us to do”we need to relate with nature in a nurturing fashion as befits our status as God’s trustees on earth. ‘Today’, Menamparampil writes, ‘there is a call to bring this cerebral, scrutinizing, exploitative and patriarchal era to an end’, giving ‘attention to cooperation with nature’ and promoting a ‘dynamic balance among living creatures’.
Menamparampil believes that the human greed that is creating havoc with the environment and with non-human species must be brought to the scrutiny of religious ethics and morality. It is ‘rejection of religion’, he says, ‘that maybe the case of human alienation from the earth.’ God expresses Himself in and through nature, Menamparampil relates, reminding us that only a spiritual solution, based on an alternate worldview, can overturn the ecological crisis that we face.
Reminding us that ‘the physical power of science is absolutely destructive if it is not controlled by spiritual strength’, Menamparampil provides readers with valuable insights into the ecological wisdom of various religious traditions that can provide the basis for a sane approach to the man-ecology interface. We read about Christian monks who sought out the wilderness in order to encounter God, of Francis of Assisi, who felt everything in creation was related to him in a personal way (as ‘sister’ water, ‘mother’ earth, brother sun, and so on), and of the Eastern Christian tradition that considered rocks and weeds as ‘voiceless theologians’. We also learn about the respect for nature in Islamic, Hindu and Buddhist traditions.

An Environmental Crisis
Nothing less than a transformation of our worldview, of our understanding of the purpose of human life, can do anything substantial to alleviate the ecological crises that we are confronted with, this book tells us. If at root the environmental crisis is a product of a certain worldview, premised on materialism, the solution is an alternate worldview, one based on God-consciousness. It is only through awareness of the Creator”God”and of the fact that this world is God’s, not ours”can we develop a truly respectful attitude towards nature and other species. A spiritual transformation is thus the only way out of the ecological crisis and for extricating us out of the morass of soul-numbing materialism in which we are drowning. Mere tinkering around with things, such as by trying to promote less polluting technologies or growing more trees or inventing battery-powered cars”standard responses to the ecological crisis”won’t make any real difference. Only going back to God and seeking to live life as God wants us to can do that. The minimalist lifestyle stressed by many religious traditions and the consciousness of accountability to God for one’s actions (including for every act of consumption) in the Hereafter can alone one bring man to cut down on his seemingly unstoppable greed for ownership and consumption of material things that underlies the global ecological crisis.

Reading the Qur’an in English 0

Being a Dutiful Child 0