Religion and science need not be seen as enemies of each other, the authors contend, in this thought provoking book. 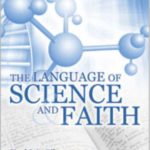 Karl Giberson is a professor of physics and a prolific writer on faith and science, while Francis Collins is a world-renowned geneticist, known for spearheading the Human Genome Project and for directing the National Institutes of Health, the world’s largest medical research institution. In this thought-provoking book, they challenge the widespread belief that science and religious faith are necessarily mutually incompatible. They adduce evidence from the natural world, using scientific arguments, that suggests that the universe has a creator”God.

People Who Deny God
Religion and science need not be seen as enemies of each other, the authors contend. The changing understandings of the natural world that scientific investigations engender may necessitate, they say, continuous reconsideration of some of the ways in which we understand religious texts, particularly sections that relate to the natural world. On the other hand, the discovery that the laws of nature are finely tuned for life, clearly indicates that people who deny God in the name of science should reassess their understandings of science and the world. Far from disproving God, science, properly understood, actually enriches our understanding of God’s amazing creation. Believers thus have no need to fear or even reject science as being incompatible with faith.
As scientists, the authors are convinced that the truths about the natural world must be confronted. But as believers they are convinced that there are certain theological truths”such as that God is the Creator”that must be integrated into any meaningful understanding of the natural world. God has provided two distinct, complementary and reliable revelations”divine scripture and the natural world.

Proliferation of Species
The question of the origins of life lies at the root of the ideological conflict between believers and atheists. The authors insist that scientific explanations of the origin of life do not rule out God as creator. It is not necessary, the authors stress, that one denies God in order to accept evolution as a theory that seeks to account for the proliferation of species. They point out that evolution makes no direct statements about religion and God. You could be a believer in God and believe in evolution at the same time without any contradiction. While this might come as a major relief to some, not all believers, needless to say, will be enthusiastic about the authors’ embrace of evolution as an explanation of the diversity of species.
The theory of evolution, the authors stress, does not deal with the origin of life: whether chemicals can combine on their own to produce life is not a part of it. The origin of life remains unexplained by evolution, which focuses specifically on what it posits as a process that causes one species to evolve from through mutations, which it claims has led to the diversity of living things today. Most evolutionary theorists, the authors remark, consider the origin of life to be outside the scope of biological evolution. This means that belief in God as the creator of life can be compatible with the theory of evolution. Many scientists, the authors note, accept the theory of the evolution of species from simpler to more complex life forms as the mechanics of God’s creative plan.

Result of God’s Action
Scientists, the authors relate, presently do not for sure know how life”in the form, or so it is said, of single-cell organisms, began. For their part, the authors believe it was a result of God’s action. The universe, they explain, is so finely-tuned that it points to the existence of an All-Powerful Creator who consciously designed it. As evidence, they point out that if any of the physical constants of nature (including gravity, the speed of light, the mass of the electron, and the electromagnetic force and some other parameters) differed even slightly from their actual values, the result would have been a universe, incapable of hosting life. This indicates that the universe has been finely tuned by an intelligent Designer, a Creator, to support life.
Scientists and Faith in God
The book suggests that religion and science can work together symbiotically. It points out that many of the European philosophers who laid the foundations of what is regarded as modern science were devout believers. Even today, many leading scientists have faith in God. Religion has not only served to advance scientific discovery in many cases, but can also exert a significant influence on the practical application of scientific discoveries”on the ethical questions of advances in technology and medicine, for instance, for which the scientific method cannot provide an answer. On the other hand, the book suggests, science can also inform religion in useful ways, bringing our understandings of religion in harmony with God’s revelation in nature, reforming and refining believers’ understandings of God’s creation and clarifying the limitations of understandings about the creation that may be based on erroneous or too literal readings of scriptures.

Questions that Only Science can Address
That said, it is important to remember, the authors remind us, that there are questions that only science can address, and religion should allow it to do so. On the other hand, scientists should admit that science cannot answer questions about life’s purpose or the existence of God. Scientists must recognize that science will never fully answer the ‘why’ questions that religion deals with. Science can only tell us how the world is, never the reasons or purposes for why it is that way.
The authors are both Christians, but the book does not seek to prove the distinctive claims of Christianity as such. Instead, it adduces scientific arguments that suggest the existence of God, seeking to explain the origin of life as a result of Divine decree creation and attempting to reconcile evolution with belief in God. As such, then, the book is likely to resonate equally with people of different faiths, even if many may not agree with their attempt to reconcile their particular belief in the theory of evolution with faith in the Creator God.