Social amity is well worth sacrificing at the altar of electoral success for fascist parties. 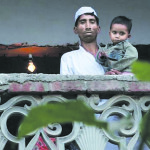 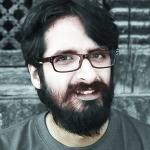 Reviewed
by Maqbool Ahmed Siraj
The 136-minute documentary shot by Nakul Singh Sawhney packs between two ends the saga of polarization of votes along communal lines in the Jat belt of Uttar Pradesh and thereby setting the stage for the BJP’s phenomenal victory in 2014 Lok Sabha elections. No wonder then why the party which had projected Mr. Narendra Modi as its prime ministerial hopeful succeeded in garnering 71 out of 80 seats in the most prominent state of the cow belt. It not only dislodged the Rashtriya Lok Dal (RLD) from the region, but also polarized the Hindus and Muslim all over the state into rival camps; hitting two birds with a single shot.
The BJP had appointed Mr. Amit Shah, who was facing several cases pertaining to the Gujarat riots in 2002, as its poll manager in the State and was found most suitable for the job.
“Muzaffarnagar Baaqi Hai” revisits the Muzaffarnagar in a detailed way. The Hindus, mainly Jats, and Muslims had shared camaraderie for decades, growing sugarcane, supplying it to sugar mills around, converting some of the crop to jiggery (called Gur in the region) and voted for the political party set up by Chaudhary Charan Singh, the undisputed jat leader. They had shared their joys and sorrows together and joined protests under the banner of Bhartiya Kisan Union for a fair deal to farmers. Their unstinted support had led to the presence of a clutch of strong Jat leaders in the Lok Sabha who effectively represented the farmers woes.
The BJP turned the sporadic incidents of Muslim boys marrying Hindu girls (or Hindu girls falling in love with Muslim boys) into dishonor of Hindu women, inflamed passions, stirred the brew of hatred by identifying the ruling party in the State i.e., Samajwadi Party led by ‘Mian’ Mulayam Singh to be protector of Muslim interest and paved the ground for complete milking of Jat votes in its favour.
Teasing of a Jat girl and later murder of two Muslim miscreants set the region aflame. Muslim villages were attacked, dozens were killed, houses burnt, women raped and properties looted. Muslims fled from the Jat dominated village and took shelter in Muslim dominated areas under the open skies with winters to follow. A few Jats too were killed and had similar tales to tell.
The documentary etches to relief the undercurrent of changing political moods and, individuals from both sides relate instances of traditional harmony being torn to tatters. And everyone agrees”even those Jat families who lost someone in the riots”that the entire events followed a pre-scripted story of new social chemistry sought by the BJP to mount the ladders of electoral success. There are those who can differentiate between love affairs and malicious canards of dishonoring of women and the credulous ones who want Muslims to be packed off to Pakistan.
The documentary successfully highlights the diversity of political hues among both Hindus and Muslims and the incendiary role played by the Hindi newspapers who spiced up skirmishes of minor nature to widen their ambit involving the two communities. There are even those who are not ready to flinch from their social justice plank despite grievous wounds afflicted by the communities on the other side of the divide. Not all Hindu women would allow love affairs to be construed ‘Love Jihad’, something that gained currency before and after August 2013 when riots engulfed the area.
Yet, all is not lost. Insanity did not grip all, although many were sufficiently persuaded to vote the BJP candidates in the Lok Sabha elections. Why it happened? Hate and hostility occupied the centre stage and economic issues were pushed to the backburner. The unplastered houses, flowing sewage, dilapidated infrastructure of the village bears telltale testimony to the fact that administration has abdicated its responsibility to intervene into civil life in even small measure. But atmosphere of mistrust has led to such marginalization that the unorthodox find it difficult to condemn the fanatics among their own communities and the lunatic among the communalists. Now that the flames of Muzaffarnagar have died down, one of the chief culprits of the riots has even been nominated on the Aligarh Muslim University Court by the Union Government.
Sawheny’s documentary dissects the Muzaffarnagar violence with clarity of vision. Communal frenzy worked miracles for the BJP, overshadowing concern pertaining to suppression of Dalits, untouchability, community, economic worries. Sawhney has wielded his scalpel skillfully to dissect the anatomy of the Muzaffarnagar violence. The documentary is being screened for private audiences in several cities since August 2013.