Islamic Voice 0 May, 2017 12:00 am
A Handy Compendium on Urdu Media
Turning Weaknesses into Strengths!
Appreciating the Quranic Understanding of Religious Pluralism

In this latest book of his, a collection of 21 short, deeply insightful essays, Maulana Wahiduddin Khan persuasively argues the case for non-violence as a means for negotiating differences, based on his understanding of Islam. 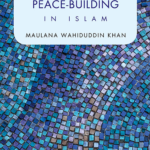 Hardly a day passes without the media reporting some violent barbarity somewhere in the world being committed in the name of Islam. Today, there is an urgent need for popularising an alternate understanding of Islam, one rooted in a commitment to peace, nonviolence and inter-community harmony. Peace and prosperity for all peoples, not just Muslims alone, crucially depends on this. Promoting that understanding of Islam has been one of the major concerns of New Delhi-based, 92-year-old Islamic scholar Maulana Wahiduddin Khan over a great part of his life. In this latest book of his, a collection of 21 short, deeply insightful essays, he persuasively argues the case for non-violence as a means for negotiating differences, based on his understanding of Islam.

Positive Approach to Conflict-Prevention
In his Introduction, the Maulana remarks that because today the world is so closely interdependent, peaceful, mutually-beneficial relations between different religious communities have become simply indispensable. “We simply cannot afford to resort to conflict in order to resolve disputes,” he rightly notes. In the face of what he says is “the serious threat to peace posed by terrorism perpetrated in the name of Islam” he stresses the “urgent need” to articulate and promote a “positive” approach to conflict-prevention, conflict-resolution and peace-building. This approach, which he outlines in this book, is based on inspiration from the Quran and from the life of Prophet Muhammad (pbuh), and also draws on the Maulana’s personal experiences as well as his reflections on inter-communal relations, particularly in India. The primary focus of the book, he notes, is on conflict-prevention, based on the understanding that if conflicts can be prevented at the very outset, violence can be completely avoided.

Self-Styled ‘Islamic’ Groups are Bogus
In setting out his vision of an Islamically-inspired vision of non-violence, the Maulana writes that “Islam positively encourages Muslims to work for peace and for harmonious relations between them and people belonging to other communities.” Critics, however, could easily point to scores of Muslim groups across the world that show no sign of such enthusiasm for inter-community harmony, groups claiming to speak for Islam that foment hate for other communities and are engaged in terrorist violence. But here one needs to consider an important point the Maulana makes”that one must distinguish Islam from Muslims, implying, therefore, that the claims of such self-styled ‘Islamic’ groups are bogus. This point leads the Maulana to insist that “Contemporary instances of Muslims resorting to violence in the name of their religion” are “in complete contrast to Islamic teachings.”
The Maulana argues that competition has been written into the law that runs this world. Being thus part of God’s Creation Plan, there will always be differences of opinion between people. So, while they can never be done away with completely, the wise course is to respond to challenging situations involving differences with others in a wise way, without recourse to conflict and violence. This holds true for differences at all levels”for differences between individuals, between communities and even between entire countries.

Patience, Not Impatience
In line  with the laws that God has devised for the world, the Maulana says, peace and success are possible only through patience, not impatience; positive action, not denouncing and protesting against others; pragmatism, not emotionalism; reform of the self, not agitating against or condemning others; acknowledging one’s own mistakes, not seeking to prove others wrong.
The Maulana provides evidence from the Islamic tradition to back this point, citing, for instance, the Prophet Muhammad’s decision to avoid confrontation with his opponents and his agreeing to their conditions at the Treaty of Hudaibiyah. Skilful handling of differences that could otherwise lead to conflict, he indicates, requires one to unilaterally offer and accept peace and to refuse to get provoked by others. It requires one to ignore lesser evils and not to make them into a prestige issue that can only further magnify differences and foment conflict. It also requires one to introspect and to realise that one alone is responsible for one’s misery, not others. The Maulana appeals to his fellow Muslims to recognise this and to stop blaming others for their woes and to desist from conflict with them.

Islam of Humility
Reflecting on relations between Muslims and others, the Maulana stresses what he calls the “Islam of humility”. This he contrasts with what he terms the “Islam of pride”, which, he says, leads those who follow this warped interpretation of Islam to imagine that they are superior to others, a “psychology” that, he contends, “creates all the differences and disputes that Muslims are beset with today.” On the other hand, the “Islam of humility” brings Muslims close to others, the Maulana explains, automatically resolving conflicts. “The fear of God takes away from them any sense of superiority [“¦] In the face of the prejudice of others, their God-consciousness makes them humble and modest. This acts like water in the face of the fire of other people’s prejudices. And it brings violence to an end”. The “Islam of humility” leads to resolving differences and ending conflict through love and compassion.

Become Useful to Others
Furthermore, the Maulana insists that instead of complaining about others and making demands on them”something that almost inevitably magnifies differences and easily leads to conflict”Muslims should make themselves eligible and become useful to others. That itself would help reduce differences, defuse conflicts and build harmonious inter-community relations. The key to a successful life in this world, the Maulana says, is to be beneficial to others, indicating that if Muslims proved themselves to be of benefit to others, there would be no conflict between them.
In the concluding essay of the book, titled ‘Consciousness of the Hereafter’ the Maulana reminds us that we, after all, are merely travelers in this world and that what awaits us after our short span here is the eternal life after death (for which this present life is a period of preparation). The reality of the Hereafter is something that all religions, not just Islam, teach. Someone who is conscious of God and the Hereafter, the Maulana says, “will refuse to get involved in controversies that will divert him from his spiritual goal”.
Mindfulness of the ephemeral nature of this world (and of the many worldly issues that people seem to never cease squabbling about) and consciousness of the eternity of the Hereafter, then, can help people avoid wasting their lives in pointless conflict with others, thereby ruining their prospects in the eternal Hereafter. That itself can be a powerful means of promoting peace and harmony and of resolving differences between individuals and groups.
This slim book, packed with deep spiritual insights from one of the world’s leading exponents of Islamic nonviolence, simply cannot afford to be missed by anyone interested in the very important issues that it discusses.