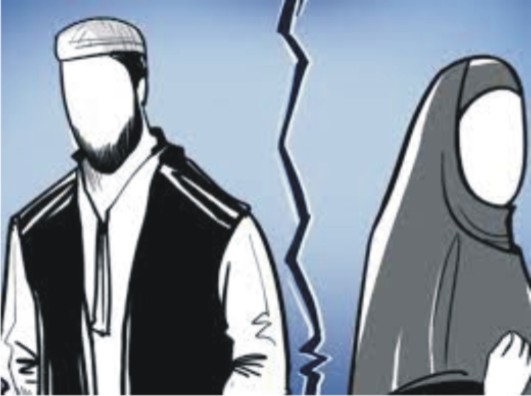 Of late, a disturbing trend noticed is that there is an increase in the breakdown of marriages among Muslims. It is learned that more women are approaching the Sharia courts (Darul Qazas) seeking dissolution of marriage than men. What are the reasons behind this?

There was no trace of social stigma around divorcee women at the beginning of Islam. A divorcee man marrying a divorcee woman (even having kids) was an accepted practice that did not raise any eyebrows. Much later, Muslim society started considering divorce as a stigma for the woman and therefore she preferred to live in toxic, torturous, and extremely abusive marriages, rather than being labelled as a ‘divorcee’. Such a negative approach towards divorcee women has no basis in Islam. Muslim women trapped in unhappy and unhealthy marriages face socio-cultural and legal hurdles while trying to secure a divorce. The mother of a suffering daughter, who should be the first person to empathize, sometimes advises her daughter to forget and forgive her husband’s follies to keep up the pretense of a happy marriage before relatives and friends. When a girl expresses her intention to walk out of her marriage, elders of the family get together to grapple with the issue. The very first advice given to the girl is to give another chance to her husband even if he is found guilty and to continue living with him, at least for a few months, without giving a thought to the trauma she has to undergo. There will be unsolicited advice from relatives and unless the girl has solid facts to back her decision, it is more likely that she will be pushed back to maintain the status quo.

The New Woman
But things have changed a lot now. More and more women are getting educated and they have also taken up jobs and are earning. Sometimes, they earn more than the boy. They are more independent, and they feel it is better to take a drastic step of separation if their marriage is unhappy, rather than suffer the whole of their life. Although Sharia law permits divorce, the Holy Prophet Muhammad (peace be upon him) declared that the most detestable of lawful things before Allah is divorce. There is no second opinion about the fact that divorce is hateful and must be avoided. But in some situations, divorce becomes a necessary evil. If it becomes impossible for the parties in the marriage to carry on with mutual affection due to incompatibility, in such cases it is better to allow them to get separated, rather than compelling them to continue to live together. The reasons for separation commonly given are abusive husband, husband having an extra-marital affair, emotional torture by in-laws, the husband being impotent, etc. Many such allegations may not be true and may not be genuine.

Talaq, Khula and Darul Qaza
A divorce can be initiated by the husband (Talaq) or it can be initiated by the wife (Khula). It is generally seen that even when a husband agrees to separation, he wants the wife to initiate ‘Khula’ proceedings. The wife has no choice but to agree since she cannot re-marry until the dissolution of the present marriage, whereas the husband can re-marry without the present marriage getting terminated as he is permitted to have more than one wife. If it was a religious marriage performed by a Khazi, the estranged couple can approach the Sharia court (Darul Khaza) seeking separation. The Darul Qazas (an informal justice delivery system)try to prevent the break-up of the marriage by counselling both parties in order to bring about an amicable settlement. But, if the parties do not agree on reconciliation and still insist on separation even after the counselling, a decision will be taken. Devoid of cumbersome legal procedures and legal jargon, cases are disposed of within a relatively short time in the Darul Khazas, in contrast to months or years taken by the civil courts. Darul Qaza will perform the role of mediation and arbitration, but its order is not binding on litigants. If they are not satisfied with the decision of the Qazi, the aggrieved party can approach the civil court. Matters like marital disputes between spouses, dissolution of marriage, mehr, dowry issues, custody of the child, maintenance, and issues related to the division of properties among heirs as per Islamic law are entertained by Darul Qaza.

Legal Remedy
If the marriage was performed as a civil marriage before the Sub-Registrar (who is also the Marriage Officer) under the Special Marriages Act, only the civil court (family court) is competent to decide on granting a divorce or otherwise. If the couple getting separated is having a child, the custody of the child will be with the mother till the child reaches the age of seven years. There are many legal intricacies involved and I cannot go further in the matter since I am not an advocate and in all these cases a competent advocate should be consulted. I am dealing only with the social problems and issues arising in such cases of separation. Parting with the custody of a child even after the child attains the seven-year limit is not easy for the mother. In one case of Zaheda (name changed), her husband is unreasonably seeking the custody of even a four-year-old child, leaving her no alternative except to approach the Family court and consequently getting entangled in prolonged litigation. In another case, the husband of Mubarak (name changed) did not want custody of the child at all but refused to pay any maintenance. She decided not to approach the courts fearing prolonged litigation and she now has the responsibility of bringing up the child on her own.

The process of separation is quite often ugly but settling the matter of child custody can be even uglier. It is sad to see the agony that couples undergo, but it is even more painful to see the suffering of the child. Re-marriage of a divorced woman is another major concern, not only for her parents but also for the community.

The Other Side of The Coin
It is not always the case that the wife is innocent and the husband or his family is creating problems. In the case of Munnavar (name changed), his wife harassed and tortured him emotionally for a year. Ultimately, he decided to call off the marriage but had to pay twenty-five lakhs to his wife as demanded by her to give her consent. In the case of Mohsina (name changed), she was misbehaving with her husband and the in-laws, but when confronted, filed a false case of domestic harassment against the husband and his family members. The poor boy, harassed by the police, struggled to avoid getting arrested. Later dragged to the court, he is struggling to attend the court whenever summoned since getting leave from his office is not easy. Mrs. Parveen (name changed) has a boyfriend, but when confronted by her husband, threatens to slap a dowry harassment case against him. The laws tilt in favour of women.

The Art of Successful Marriage
In a failed marriage, the boy’s side will put all the blame on the girl and the girl’s side will put all the blame on the boy. It is difficult to tell what the truth is. Perhaps, the truth lies in-between in most cases. The solution to prevent such domestic conflicts and avoid strained relationships is that the bride and bridegroom should undergo marriage counselling before and after the marriage. Prevention is better than the cure, as the saying goes. The DMS Human Rights Foundation, Bangalore headed by Mr. Hyder Wali has been rendering great service by holding Counselling sessions on marital life for both boys and girlsfor the last ten years. Mr. Syed Tanveer Ahmed (ex-CEO, Brainy Stars International Montessori), Mufti Abdus Sattar Qasmi (Imam, Eidgah Masjid, Jayanagar 4th block), and Moulana Mahmood Ali Mazhari (Former Khateeb and Imam, Masjid-e-Mouzzam, BTM layout)form the team of speakers. Moulana Mahmood Ali Mazhari told me that the Foundation has conducted 110 programs so far. These programs are mostly held in different mosques, but they have also been held in other places. The Foundation has also published a book “The Art of Successful Marriage” which they distribute free of cost. Masajid committees and other organizations should utilize the services of the DMS Human Rights Foundation and help in guiding youngsters to eliminate all the hassles and balance marital issues with trust, understanding, and love in order to lead a happy and successful married life.