Islamic Voice 0 May, 2015 12:00 am
Unique app for Ramadan
A School Revived – A Grand Premises Saved
Empowering People With Skills and Knowledge 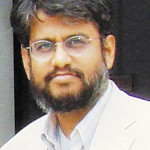 Aligarh: A Bridge Course introduced by the Aligarh Muslim University (AMU) is providing a link for the graduates from madrassas to enter the mainstream courses in colleges and universities.
The International Conference on ‘Intellectual Crisis of the Muslim Ummah’ coincided with the conclusion of the Bridge Course for the second batch of the madrassa products at the AMU. The course specially designed for the madrassa graduates (farigheen) was started under the CEPECAMI two years ago in order to facilitate the entry of the madrassa students into the higher education.
India has nearly 35,000 Deeni madarassas (Islamic theological schools) and they produce around a lakh of degree-holders (basic degree is Maulvi) annually. Despite frequent calls and pleas to modernize their curriculum, those who have really brought in changes could be counted on fingers. Most of these graduates find employment as imams, khateebs or end up setting up their own madrassas thereby perpetuating the orthodoxy that they had inherited. Beyond the precincts of madrassas and mosques, they made no impact. Still worse, their sermons on Fridays played a key role in breeding regressive tendencies.

Past Attempts
Vice Chancellor Saiyid Hamid initiated some measures to bring these madrassa products into the University. Following a test of their English comprehension, graduates from 18 different madrassas were held eligible to enter courses in the Faculties of Theology, Arabic, Urdu, Persian and Islamic Studies. Yet the mainstream courses or professional and technical course continued to be barred for their entry. Today the number of such madrassas recognized by the AMU has gone up to 50. As a second step, the AMU began organizing training workshops for the madrassa teachers in subjects such as Natural Sciences, Sociology, Economics, and Political Science wherein basic knowledge was provided to them. These were being organized under the Centre for Promotion of Science. But interest waned soon and the arrangement became defunct in due course.

Course Contents
According to Prof. Rashid Shaz, Director of the Bridge Course, it has both short and long term objectives. Among the short term objectives is to bridge the gulf between the modern educated intellectuals and academicians and the Islamic scholars emerging from the madrassas. The products of the Bridge Course would be able to represent the community and Islam more effectively with competency in modern languages, idioms, ideas and ideology as well as a firm awareness of the Islamic sciences. He says they will be more productive with acquisition of degrees in disciplines of Sociology, Economics, Information Technology, various subjects in Natural Sciences and may even be able to compete for the Civil Services. Besides, they will be better equipped to untangle the complex knots of theological and legal issues gathered in the wake of emergence of new inventions, discoveries and development in the field of social sciences.
Current Vice Chancellor made it a point to push the project with all the zeal. The proposal for the Bridge Course was approved by the Academic Council. But there were entrenched lobbies in the teaching faculties opposing the move to commence any such course. The Course imparts instructions in English, Conceptual Writing, General Knowledge and International Relations, Political Science, Sociology, Geography, Economics, Mathematics, Computer Application and Intra- and Interfaith Understanding.
Though the University wears a deserted look soon after 3 pm as dons retire to the comfort of their homes, the Department imparting the Bridge Course hums with activity till late in the evening. A number of teachers from different departments were drawn to impart instructions in varied subjects. It also bring together students trained in madrassas representing varied strands of thoughts such as Deobandi, Barelvi, Hanafi, Ahle Hadith, Jamaate Islami, and Tablighi Jamaat. Every Saturday, the students participate in the ‘Sabbath Session’ on a selected topic. The discussion follows rational lines rather than conformism to the sectarian thought. Prof. Shaz who has designed the academic programmes and oversees its progress says, “The students enrolled for the course, besides learning ample English are also provided wide exposure to varied ideologies ruling the human mind currently in order that they could develop a worldview whereby peaceful coexistence could be achieved.”

Impressive Dividends
The success of the first batch has been impressive. Having assessed their academic achievement, the University administration decided to grant them Senior Secondary (completion of 12th grade) certificate. It also made the Ministry of Minority Affairs to sanction Rs. 55 lakh for the Bridge Course for the next three years. The Ministry is stated to be even considering replication of the experiment elsewhere. The First Semester report cards of the products enrolled in mainstream courses have shown that the students were able to excel in their studies.
Impressive Feedback
A number of students such as Sarfaraz Ahmed (product of Nadwatul Ulema, Lucknow), Md. Rafeeq (from Madrassa Shahi, Moradabad), Saadia Kaleem (Jamia Darussalam, Oomerabad, Tamil Nadu) expressed their desire to join Degree classes with specialization in English. Sharaft Hussain who completed his course in the first batch has already joined the degree course in Communicative English. Junaid Ahmed who has enrolled himself for the BA Economic Honours course, says the ‘Sabbath Session’ have diluted the sectarian rigidity among the students who have learnt to interact with each other in an atmosphere of extreme cordiality and respect for the otherness of the views.

Critics too
As is its wont, no initiative for reform or renewal remains uncontested and unchallenged in the Indo-Gangetic plain. The Bridge Course has had its quota of criticism and attacks from diverse quarters ranging from entrenched sectarianised madrassa lobbies to ultra-Leftists. Some even wrote to the Academic Council to wind off the course. Yet others shot off letters to the Vice Chancellors. But the VC Mr. Shah has stood his ground. However, a sizeable section of academia supports its continuance describing it an effective tool in bridging the gap between madrassas and the institutions imparting instructions in modern sciences.
For details: Contact, Prof. Rashid Shaz, Director, Bridge Course, Centre for Promotion of Education and Cultural Advancement of Indian Muslims (CEPECAMI), opp. Post Office, Morrison Road, Aligarh Muslim University, Aligarh-202001, Ph: 0571-2701145, 98188-88214. [email protected]