Islamic Voice 0 October, 2016 12:00 am
Young Girls Set Up A College
Quaide Milleth International Academy of Media Studies
A Madrasa that Promises Both Heaven and Earth 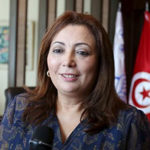 Nobel Peace Prize winner Wided Bouchamaoui has urged people everywhere not to “muddle up” terrorism with Islam. The Tunisian businesswoman, who co-founded the Tunisian National Dialogue Quartet which won the 2015 peace prize, said Muslims who practice their faith calmly and respectfully are “victims of a semantic problem” when “terrorists” are described as “Islamic terrorists.” “I think we should call a spade a spade,” Bouchamaoui told the UN General Assembly’s high-level forum on The Culture of Peace. “A terrorist is a killer, a murderer, a criminal and I would even say an imposter who is manipulating Islam.” The Nobel laureate said she and others intend to join forces to fight extremism, which knows no borders. “It must be considered as a priority of the UN agenda on the culture of peace and non-violence,” Bouchamaoui said. Stressing the importance of international action, she said, “I would like to urge each and every one of you not to muddle up terrorism (with) Islam.”