Sowing the Seeds of Progress

“We are not involved in feel-good short-term efforts, feeding hungry is a noble gesture, but making poor capable of earning their own food is advancement and Indian Muslims need advancement, not mere gestures or ‘Bakshish,'” Syed M Hussaini. 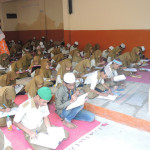 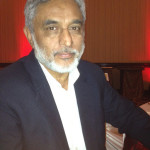 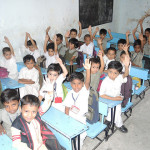 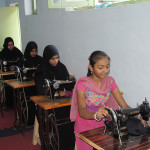 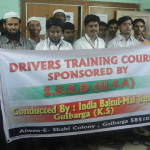 Hyderabad: India may have the third- largest concentration of Muslims around the world and 10% of total world’s Muslim population, but despite heavy numbers, every Government-appointed commission has listed Indian Muslims among the most backward communities on every measurable socio-economic scale.
Support for Educational and Economic Development (SEED), a US-based charity is one such resource channelizing organisation founded in 2009. Since its inception, SEED is working with systematic planning by raising funds in the USA to uplift the Muslim community and other backward sections of Indian society. In past six years of its operations, it has provided educational aid to 26,400 children including 6,000 orphans. Close to 500 bright Muslim students, who could not afford higher education, were provided full scholarship for MBBS, engineering and various other degree courses.

Education and Economic Development
Mehjabeen and Noorain (names changed) are two sisters who just completed their MBBS from reputed colleges in Hyderabad. Their father suffered from health problems, so he was unable to work and afford the expenses of the higher studies of his bright daughters. “Had it not been SEED’s scholarship program we would have to abandon our dream of becoming doctors. SEED’s Scholarship helped us to concentrate on our studies without worrying about any tuition fees,” the under-training doctor sisters told Twocircles.net.
According to SEED’s founding member and executive director, Syed Mazheruddin Hussaini, education and economic development go hand in hand. “We are not involved in feel-good short-term efforts; feeding hungry is a noble gesture but making poor capable of earning their own food is advancement and Indian Muslims need advancement not mere gestures or ‘Bakshish’.”
“We plan for long-term incisive and decisive constructive changes for the community. Our programs on imparting education and creating employment opportunities will boost the morale and strengthen the standards of the community. There are no quick results in our programs, but if these efforts continue constantly, in the long run we will witness Indian Muslim community transforming from a community in gloom to a community in glee,” he said.
Hussaini is a retired engineer and a moving force behind the functioning of SEED. A native of Hyderabad currently residing in Dallas, Texas, he says he personally went through the struggle to collect pennies to support his education. “I experienced the situations when you are capable and bright student, but due to economic factors couldn’t dream high. There are many bright students in India whose dreams just need to be given the wings. Once they take off, Indian Muslims can be a prosperous community.”
After his retirement, he, along with some like-minded community members, gave their individual charities an organised shape and formed the SEED. Now in its sixth year of operation, it is ripening fruits of an organised social investment.

In Partnership with NGOs
SEED carries out its India operations of education, economic and medical aid through partnership with Indian NGO’s. Currently, 22 NGO’s with FCRA permit are in a partnership and agreement with SEED. In 2015, SEED with an annual total budget of $490,000 spent close to Rs 2.35 crore as aid through their partner organisations. Close to 50% of the budget-about Rs 1 crore, was spent to support education of 10,000 students. About Rs 60 lakh was spent on vocational job training programs for the unemployed, Rs 46 lakh was spent on medical aid and Rs 23 lakh on the widow support program.
Hussaini understands that transparency is the most important factor while running a charitable institution. The SEED board publishes its annual report with open accounts of expenditure on different projects from annual budgets. SEED also take pride from the fact that it has received Better Business Bureau (BBB) accreditation for maintaining high transparency and ethical standards.
In the near future, SEED wants to establish its liaison office in India to monitor its ongoing projects and most importantly to look for new avenues of social investments on Indian Muslims. “Data collection and research is important if we want to carry forward our operations in an organised manner. In the coming days we would like to diversify our work to uplift the community through systematic targeted programs.” SEED might be small-scale when compared to large charity alliances of the US, but what makes them fascinating is the fact that individual members planned and did something constructive for their fellow deprived community members instead of merely sitting back and watching the state of affairs.
The motto of SEED is based on the guidelines of a famous Hadith of Prophet Muhammad (pbuh),: The best of people are those who are beneficial to people’. “This Hadith inspires us to not be just a mere spectator in this despairing environment, but to work on collective individual efforts to build the community you wish to be part off.” n
(Twocircles.net)