Police misbehaved with a Muslim politician who was chief guest at a Ramlila event.

New Delhi: Last October, a police officer misbehaved with the former head of Haj Committee India, Tanveer Ahmad, when he arrived at a Ramlila event as the chief guest at the invitation of the organisers. A complaint was lodged with Delhi Police but, despite reminders, no action was taken. Suresh Srivastava, a friend of Tanvir Ahmad and a former national coordinator of BJP, complained to Delhi Minorities Commission which wrote to the Delhi Police Commissioner about this event at the hands of a police officer and asked for action on the earlier complaint.
When no reply was received from the PC, a reminder was sent, but till date no reply has been received. Meanwhile, Suresh Srivastava approached Syed Ghayural Hasan, Chairman of the National Commission for Minorities, who also wrote to the PC but he too seemingly has not received any reply. Reacting to this behavior of Delhi Police, Chairman of DMC, Dr. Zafarul-Islam Khan has written to the Lt Governor of Delhi, Anil Baijal. Dr. Khan asked L.G., as the constitutional head of Delhi state, to direct Delhi Police to respect and honour DMC, which is a statutory body. 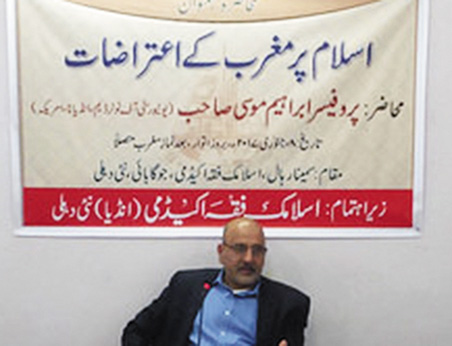