New Delhi: The chorus against ‘triple talaq’ is growing as Muslim intellectuals and scholars have now urged the All India Muslim Personal Law Board to take corrective measures to stop and prevent its misuse. “The ‘triple talaq,’ pronouncing ‘talaq’ thrice in one instance to divorce the wife, is being exploited and misused by some undesirable elements for their own interests and this needs to be checked by the AIMPLB,” scholars and intellectuals said at a conference organised by the All India Muslim Majlis-e-Mushawarat last fortnight. Professor Akhtarul Wasey headed the campaign and stated that time has come for religious leaders to evolve a consensus on this critical issue. He was supported by Tasleem Rehmani of Muslim Political Council of India. The conference, headed by All India Muslim Majlis-e-Mushawarat president, Navaid Hamid, was attended by over a dozen AIMPLB members. Most of the speakers said that misuse of triple talaq should be stopped and religious leaders, through sermons should create mass awareness among Muslims against this menace.

April 1, 2020
Ayishakutty, 91, the first woman panchayat president from the Muslim community in Kerala,passed away recently. A native ... More
Prev Post Discover Yourself - Reach Out - 24 x7 Helpline
Next Post Very Dignified Paper To Read 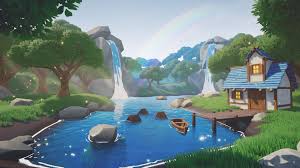 Play Your Part in Conserving Water

How the Prophet (Pbuh) Showed Love to One Man