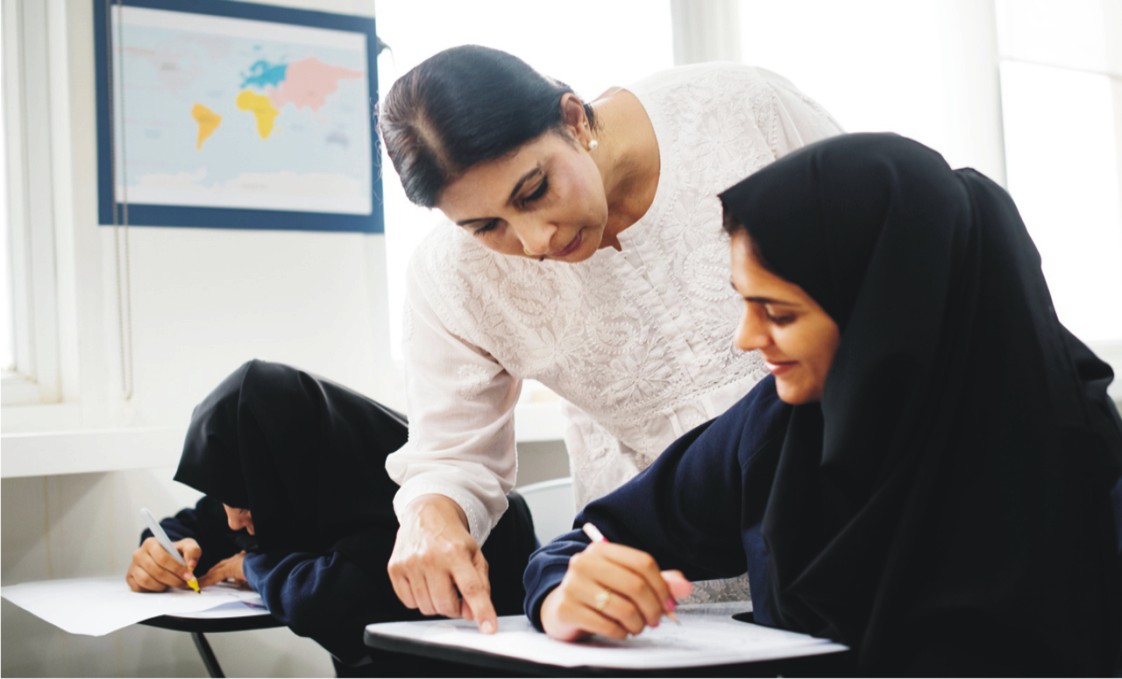 Shift focus from quantity to quality; look for excellence in human resources and Get teachers based on merit, not faith

Five key recommendations emerged from the session on ‘Muslim Education’ held on zoom during the Indian Muslim Leadership Conference jointly organized by the New Delhi- based Institute of Objective Studies and the Falcon Group of Institutions in Bengaluru. These were:
1. English has grown in importance due to its global sway and dependence on the import of technology
2. Technology should be inducted into the learning process
3. There should be no discrimination in the recruitment of teachers, and Muslim schools should look at the merit and talent of candidates, not the faith and culture
4. Intelligence Quotient (IQ) of children from all communities being similar the Muslim community should focus on providing access to opportunities and physical infrastructure for education and;
5. Technology will not replace human resources; hence the community should not digress from hiring talented teachers and should not reduce the budget on human resources.
The conclave was held on June 26. The panelists included S. Y. Qureshi, former Chief Election Commissioner; Abdul Qadeer, Chairman, Shaheen Group of Institutions; P. A. Inamdar, Chairman, Maharashtra Cosmopolitan Education Society (MCE) running 37 colleges and schools in Azam Campus in Pune and Dr. Amir Ullah Khan, founder.
Amir Ullah Khan, who moderated the session, set the tone by asking if there could be Muslim-managed and run institutions where people from all other communities would fight to enter just as Christian schools do. According to Abdul Qadeer, 40 percent of the students in the colleges run by Shaheen Group are non-Muslims. Even some Hindu parents from Uttar Pradesh prefer to admit their daughters into Shaheen institutions for the safety it offers, he added.
Meritorious Teachers
Inamdar opined that in matters of recruitment of faculty members, Muslim institutions should look at the merit of the persons rather than affiliation to the faith. He said of the 32 colleges and schools in the Azam Campus, 27 had principals from the Hindu community. As for the students, 45 percent of the 27,000 students KG classes to Ph.D. (11,000 of the residents of hostels) were non-Muslims.
The panelists shared some unique experiments. Inamdar said the emphasis on English and induction of technology had lent an edge to the students. He informed that the CME Society now operates 80 education centres in slums and lower-middle-class neighbourhoods that have imparted English-speaking skills to children, thereby enabling them to get jobs where English speaking skills are advantageous. These children begin typing from the first standard. Inamdar said the Muslim institutions should inspire hope among the children and impart soft skills that could develop them as good human beings, not just Muslims.
Qureshi cited the example of Yenepoya University set up by Kunhi Abdullah in Mangalore, where all the seven vice-chancellors so far were non-Muslims. Even a school run by noted social activist, Zuber Gopalani near Baroda, had a Sikh woman heading the institution and 40 percent of students from the Hindu community.
Focus on Technology
The panelists were unanimous that the induction of technology into teaching and learning will have a more significant share in the future but will neither replace physical classrooms nor provide sufficient learning solutions. Qadeer pointed out that teachers at the Shaheen institutions installed CCTV 15 years ago, and their teachers became familiar with online teaching 12 years ago. Yet, he added, while 20 percent of students fully benefit from the technology, 80 percent said the online mode had several deficiencies. However, he foresees the hybrid future for teaching. Dr. Furqan Qamar, former Vice-Chancellor, Rajasthan University, predicts that campuses will come back to normal, but technology integration will continue. He said institutions aiming at excellence are not planning any reduction investment on teachers. Qamar urged the Muslim institutions to opt for quality human resources, and the community’s focus should shift from quantity to quality while setting up institutions.
Commenting on technology induction, Qureshi observed that the community must leverage technology in education and all other spheres of activity. He said it was the introduction of new technology that allowed the Election Commission to deploy and mobilize 12 million Government employees at the time of General Elections.
He said the Election Commission’s performance is rated as the gold standard worldwide and has strengthened democracy in India.
Secular-Religious Tie-up
Inamdar was critical of madrassas, which, he said, had ignored the livelihood aspects of education. Due to which madrassa graduates face harsh realities in a world where everything has a price tag, and the madrassa products have virtually no skill to earn any income. He said the madrassas should impart ‘Applied Islam’ not ‘Philosophical Islam.’
“Applied Islam emphasizes man-to-man relationship while the Islam being taught in madrassas is all about man’s ties with God. If we could equally divide teaching hours in madrassas between secular sciences and religious subjects, the madrassa graduates would have greater utility in modern life,” he commented. He informed that his institutions have so far enabled around 10,000 madrassa students to pass NIOS (National Institute of Open Schooling).
Dispelling Myths
If population growth hinders education, Qureshi says it was a myth that there was some extraordinary growth of the Muslim population. “Prof. Dinesh Singh of Delhi University, a mathematician, has proved that it was absurd to say that Muslims would outnumber Hindus. Childbirth and the growing population have to be tied to the socio-economic index, not religion. Polygamy is not possible in India because gender ratio is adverse.”

M A Siraj is a Bengaluru-based seasoned writer and journalist.