Islam and Nature (Protecting the Environment)

The creation of inviolable zones shows the importance placed by Prophet Muhammad on the use of natural resources and the protection of wildlife and agricultural land.

The environment is the most precious gift from the Almighty to humans on this planet and there is an inseparable relationship between the environment and our soul. The holy Qur’an offers a completely integrated view of the universe, where the human soul and the environment, mind, and matter are all part of one living. Therefore, it exhorts man to live a balanced, moderate, and eco-friendly life without causing any harm to nature. 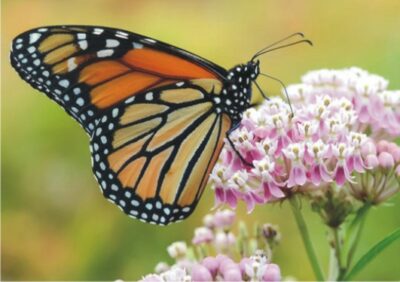 Prophet Muhammad (Pbuh) left a noble example of being eco-friendly and going green in his life. He spent his entire life in an eco-friendly effort, helping humankind, caring for other creatures of the Almighty, preserving the earth, planting trees, and protecting the environment. Right from a young age, he was inclined towards the preservation of trees. When he was just 12, he traveled to Syria with his uncle and took shelter under a tree. It speaks eloquently of the Prophet’s utmost care for the preservation of trees. The Prophet (Pbuh) was keen on planting trees and exhorted his Companions, too, to do so. He said, “Whoever plants a tree and diligently looks after it until it matures and bears fruit is rewarded” (Source: Musnad). This saying is sufficient to apprise us of the eco-friendly nature of Islam. Planting a tree is a sadaqah jariyah (continued charity) in Islam, for the poor and the rich alike. Whenever a human being or even an animal shelter under the shade of a tree or relishes a fruit that it produces, the planter will earn rewards, even after his or her death. Islam teaches its followers to take care of the earth. Muslims believe that humans should act as guardians, or khalifah, of the planet, and that they will be held accountable by the Almighty for their actions. This concept of stewardship is a powerful one and was used in the Islamic Declaration on Climate Change to propel change in environmental policy in Muslim countries. 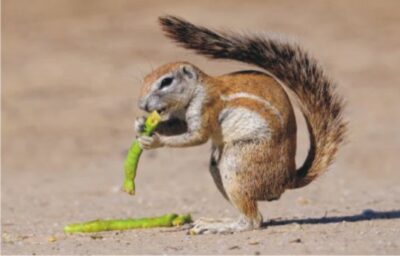 One day, the Prophet (Pbuh) passed by Sa`d ibn Abi Waqas (r.a) while he was performing wudu’. The Prophet asked Sa`d: “What is this wastage?” Sa`d replied: “Is there wastage in wudu also?”The Prophet said, “Yes, even if you are at a flowing river.”(Ibn Majah). Likening a believer to a growing tree, the Prophet said: “The example of a believer is that of a fresh tender plant; from whatever direction the wind comes, it bends it, but when the wind quietens down, the plant becomes straight again…” (Bukhari). Considering tree-planting, a renewable source of reward, the Prophet said: “If a Muslim plants a tree or sows seeds, and then a bird, or a person or an animal eats from it, it is regarded as a charitable gift (sadaqah) for him.” (Bukhari). Allah says in the Quran in Surah Al-Baqarah,“Thus, We have made you a justly balanced community that you will be witnesses over the people and the Messenger will be a witness over you”. Allah says in the Quran, Allah created the earth and all that is in it, including animals and its resources – it is people’s heritage. “The world is sweet and green, and verily Allah is going to install you as vicegerents in it in order to see how you act”-Sahih Muslim. 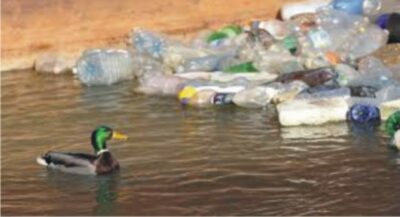 Reminding how important it is to keep the environment sanitary to maintain the community, Prophet gave paramount importance to street clean-ups, when he said: “Removing harmful things from the road is an act of charity (sadaqah).” The Quran says in Surah Al A’raf, verse 85 “And do no mischief on the earth after it has been set in order: that will be best for you, if ye have Faith” and “Eat and drink: But waste not by excess, for Allah loveth not the wasters”. In Surah Al Qasas: “And do good as Allah has been good to you. And do not seek to cause corruption in the earth. Allah does not love the corrupters”. Again in Surah Al-A’raf: “Children of Adam, dress well whenever you are at worship, and eat and drink (as we have permitted) but do not be extravagant: Allah does not like extravagant people.” In Muslim, it is said “The world is beautiful and verdant, and verily God, be He exalted, has made you His stewards in it, and He sees how you acquit yourselves.” (In Bukhari it is said

Prophet Muhammed (Pbuh) established a hima to the south of Madina and forbade hunting within a four-mile radius and destruction of trees or plants within a twelve-mile radius. The creation of inviolable zones shows the importance placed by Prophet Muhammad on the use of natural resources and the protection of wildlife and agricultural land. Besides, the Prophet and his Companions also practically taught us how to protect the rights of animals. They took special care of crippled animals, rescued strays, and guarded birds’ nests. One of the companions was named ‘Abu Huraira’ (‘father of kittens’) because he was very fond of kittens. The Prophet accorded great value to animals.

The companions said, “O Allah’s Messenger! Is there a reward for us in serving the animals?” He replied: “There is a reward for serving any living being.” (Bukhari)