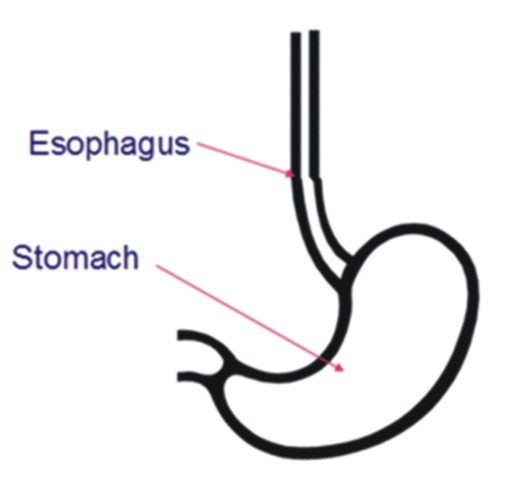 Moqheeta 0 February, 2022 11:07 am
Words of Wisdom
Poky Learns a Good Lesson
How A Cat Taught Us The Power of Dua

In our past editions, we have learned about the amazing world of animals and plants created by Allah swt. But we – humans, are the best of all creations. And our own body is a magnificent machine with unimaginable functions and capabilities.

Today, we will look at the esophagus called the food pipe, a thin elongated organ of the human digestive system. Now, why did I choose to write about this organ? Have you heard elders asking the children not to go upside down or bend too much after eating lest the food might come out? Many believe it is possible.

Let us look at the function of the esophagus. Its simple job is to send food to the stomach. How does the food go down? Does gravity help the food to go down? If that’s the case, then if we stand upside down, the possibility of food coming down is high. But Allah swt being the perfect planner has created our body without flaws. Allah swt has ordered the muscles in the esophagus to push food into the stomach. Food doesn’t need gravity to reach our stomach.

The Lower door usually opens when it wants to throw some food out, which the stomach doesn’t agree with. This is experienced when we vomit. No matter how straight we stand upon our heads, the food will not come back unless the muscles open the door. Isn’t the design of Allah swt awe-striking.

Allah swt has not given only humans an esophagus, but Allah created all vertebrate animals. And which animal do you think has the longest esophagus…………. yes, you guessed it right, it is the giraffe.

If we notice anything about Allah’s world, we should ponder the benevolence of our Creator’s power and design. A Muslim doesn’t need to read many books to be introduced to his Creator. If a Muslim is observant, he will see Allah’s sign in every creation, and its function.