Buddy and the Garbage Bin

Islamic Voice 0 September, 2012 12:00 am
Parenthood and its challenges
Interesting Facts
Did You Know? – Sleeping

Two children learn the wisdom of being kind to Nature, from Buddy, the bandicoot.

Austin City was a settlement dotted with tall buildings. That’s where Giggles lived. Rushing home from school each day, she
would sit out in her garden and watch the birds, squirrels, and cats and sometimes even talked to them. Every afternoon, she set
out a dish of peanuts and grains and a bowl of water in the garden for them. 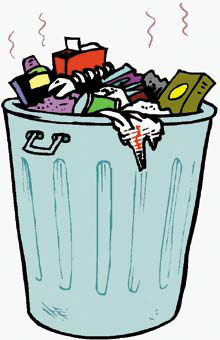 One day, Giggles found that the garbage bin, which stood by the entrance of her house, was toppled over and a giant mess of
rubbish lay scattered about. The grown-ups of the house held a meeting, where it was decided that it was the handiwork of
a bandicoot, something like a giant rat. They then set about planning to trap it to send it to the town’s Rat House, where it
would be kept in a tiny dark cage for the rest of its life. Giggles was aghast at the news. At once she called her friend Golu and told him what the grownups  had planned. “The bandicoot, too, is a creature of God. It feels hungry, so it  eats from the garbage bin. It’s a harmless thing I suppose. Golu, why don’t we wait for it to come this evening and warn it to run away before the grown-ups trap it?” said Giggles.

“That’s a great idea!” said Golu. After supper that evening,  the two friends ran out into the garden. As the moon rose, they heard a rustle and out came the bandicoot from a hole in the ground. “Oh, how cute it is!” squealed the children in delight. The bandicoot spotted them and froze. “Don’t be afraid, we won’t harm you,” said Golu and Giggles in one voice. “I’m Buddy,” the little creature said. “It’s my dinner time and I came out to check the garbage bin. Please don’t be cross with  me.” When Buddy saw the big smiles on the children’s faces it knew they meant no harm. “Maybe  today there will be some cake in there! Want to join me?” he said as he leapt i n t o t h e overflowing bin.  Giggles and Golu burst out laughing, for they had never before seen a bandicoot, and that too one that spoke!  A while later, Buddy peered out of the bin with an ice cream  wrapper in his mouth. Before Buddy could slip into the bin again the children told him about the plot that the grownups had hatched. Buddy let out a little cough and began. “Years ago, I used to live in this same town, which was then a peaceful village. It had lovely fields from where I  could get all the food I needed.I never had to scrounge about in garbage bins then. At that time I guess there were more bandicoots here than people. But as years went by, the village became a town, and the fields were  cleared for tall buildings. Why, now these buildings even cover the moon!” squeaked Buddy, turning his long nose towards the sky.

“And so it happened,” Buddy continued, “that we bandicoots no longer had an abundant supply of food. My fellow bandicoots then began to leave the town. But I was old and could not travel with them and so I stayed here. I am all by myself now, holed up in a tiny burrow. I live here without  harming anybody. I come out of my home only at night, when people are sleep, and sniff into their garbage bins, which is now the only way I can get food to survive.”

Jumping on to Golu’s lap, Buddy went on, “Some of your kind think that bandicoots are  a nuisance, but that’s not true.We are harmless folk. I eat out of the garbage bin and not from  their plates and yet they want to trap me! Children, when you grow up I am sure you won’t think that way, will you?” “That’s all very well, Buddy, but  isn’t it time you fled from here before the grown-ups set about
with their plot? I don’t think you have much time,” pleaded Giggles.

“Only cowards run away. I have lived here for years and I know God will take care of me. He is my Provider, as He is everyone
else’s,” Buddy squeaked confidently. “Hey, I’ve hit upon a wonderful idea!” said Giggles after a while. “Every night, we’ll keep food
for you in the garden which you can have instead of having to jump into the bin and toppling it and messing the place, which is really what angers the grownups. Then no one will want to trap you,” she cried in delight. “Wuppy! Thanks kids. That’s very kind of you,” said Buddy cheerfully. And so from that day onwards Buddy got a steady supply of fresh food and the grown-ups forgot all about the toppled bin and their plot to trap him!