Islamic Voice 0 September, 2017 12:00 am
Why do Comets have tails?
BAOBAB TREE
Our Inner and Outer Life

If Frooty hadn’t decided to make Samma’s fruit-cart his home the children would have never learnt how much better it is to eat fresh fruit rather than factory-made cakes and chips!

By Flip and Binkles

“Believers, eat from the good things that We have given you and give thanks to God if you worship only Him.”  (Quran 2:172) 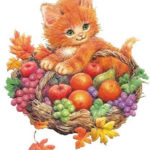 Trinkoo and Chinku did not go to regular school like other kids in their locality. So, they didn’t have to study subjects like science, maths, and history that many other children do. But that doesn’t mean they learnt nothing at all. In fact, they learnt a great many things, and every day at that”while helping their parents at work. Their parents were construction workers”their job was to break stones that were used to build big buildings in the city. Sometimes, when they could not get this work, they collected garbage from other people’s houses, for which they earned a small sum.
Samma was an old woman who lived all by herself. She earned a living selling fruit. She had a little wooden push-cart, on which she neatly laid out her goods every day for sale. Trinkoo and Chinku helped Samma manage her cart, for which she gave them some money. They needed the money, for their family was very poor.
One day, when Chinku and Trinkoo arrived at Samma’s cart, they discovered a very sweet kitten sitting right on top of the pyramid of fruit! It was such a delight to look at, like a fluffy, grey and white ball of wool!
“What a cute kitten!” squealed Chinku excitedly as she lifted it up and gently patted it.
“Oh my! It looks so innocent!” Trinkoo exclaimed.
“This baby came by yesterday and seems to have made the fruit-cart its home,” said Samma to the children.
“That’s wonderful!” said Chinku. “Let’s call him Frooty then!”
Samma and Trinkoo agreed that it was a very appropriate name!
Soon, news of Frooty spread throughout the locality, and the other children began to stop by Samma’s fruit-cart to admire the kitten on their way back home from school. They hadn’t ever seen such a sweet-looking kitten before! Perched atop a heap of fruits of different colours, he looked really very beautiful and cuddly!
Although Samma had been selling fruits in the locality for many years, none of these children had ever bought fruits from her. And do you know why? Because they had grown up munching things like chips, chocolates, biscuits and other such stuff to eat that’s made in big factories. Now, these things really aren’t good at all for our health because they contain a good deal of chemicals. It might be okay to eat them just once in a while, but certainly not every day, as these children did. That’s exactly what Trinkoo and Chinkoo said to them. “We haven’t been to school, but we do know that these things aren’t very good for our system.”
When the other children began to come to Samma’s fruit-cart every day on their way back from school to play with Frooty, it was really for the first time for many of them to actually look at an assortment of fruits at close-range. Would you believe it? Most of them had never felt a smooth, shiny melon before or had taken a careful look at a poky pineapple! Soon enough, the children were as thoroughly enamoured by the colourful variety of fruits as they were of Frooty! Instead of spending their pocket-money on cookies and cakes, they would stop over at Samma’s, buy a banana, an apple or a slice of watermelon from her and then play with Frooty!
“Can you imagine! We missed eating such delicious fruits all these years!” the children would sometimes exclaim. “Thanks to Trinkoo and Chintu we discovered how wonderful fruits are”tasty, and healthy, too!”
But Trinkoo and Chintu don’t take credit for this. They insist it was all because of Frooty. “If Frooty hadn’t decided to make Samma’s fruit-cart his home, the children wouldn’t have stopped by, and then we wouldn’t have been able to tell them about how much better it is to eat fresh fruit rather than those factory-made, chemical things that they once did”, they say!