Islamic Voice 0 July, 2014 12:00 am
Whenever We Reach Out
International Date Line
Story time – Struggle to Strength 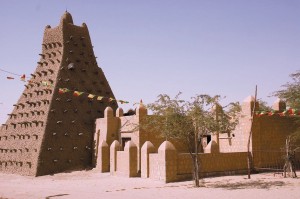 Timbuktu is the capital of a province of Mali in Africa. It was located on the southern edge of Sahara desert and 20 miles away from Niger River. It was on the crossroads of major trade routes in Africa and became a centre of prosperous trade in ivory, gold, salt and other items in 12th century. The famous Sankore Madrasah, an Islamic university came to be established here. It thus became a centre of learning. After 15th century when it came under the Moroccan empire, it began to decline. Deserts crept in and people shifted out. People in Europe talked about it as a Distant place or Outlandish city due to the fables that talked about its legendary wealth. In 2011, it had only around 60,000 people.