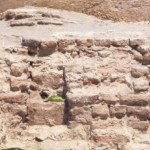 A Civil War is not a war between two countries, but it is between two groups of people who may be ethnically, religiously and culturally different from each other but living within the same country. Civil wars may be sometimes more disastrous than the war with another country as these create enmity between people who have to live together even after the war ends. America had a long civil war in the 19th century. Yugoslavia split up into eight countries after civil war in 1990s. Lebanon too had horrific civil war in 1970s but it stayed united with various groups coming to terms with each other. Nigeria too had civil war in 1970s over separation of Biafra but it did not materialize. It is said while monoultural societies experience revolutions, ethnically diverse societies undergo civil wars to herald changes.