It blazed the pioneering trail of social service in the erstwhile royal city of Mysore. 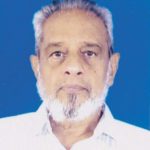 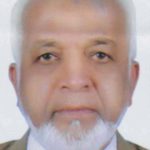 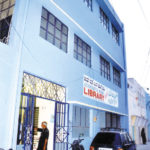 It was the year 1974. A burqa-clad woman of Mysore was being whisked away by a moneylender. Her only crime was that she was asking for an appropriate amount of money in loan for the gold ornament she had mortgaged. Dr. Mohammad Naseeruddin who was passing by the way, could not restrain his tears at the sight of a poor woman suffering the indignity.
He resolved to set up a Baitulmal in the City so that men and women in need of help should not pledge their assets with unscrupulous loan-sharks who thrive by sucking blood of the poor. Dr. Naseeruddin who happened to be the secretary of the Masjid e Azam then, made an emotional appeal before the Shab e Qadr congregation on October 13, 1974 in the stately mosque. A gentleman stood up and presented a donation of Rs. 10 (a sizeable amount in those times) for the purpose. This was the first seed capital for the Azam Baitulmal. Others too came forward. A sum of Rs. 349 could be raised the same night.

A Seed Sowed
A seed was thus sowed and an idea took birth. The first general body meeting of the Baitulmal was held on December 4, 1983 and elected Dr. Naseeruddin as the President. Fresh blood was injected with Prof. Riaz Ahmed being appointed secretary of the Baitulmal. The pious intention of the man who had made the princely contribution of Rs.10 resulted in bountiful growth. Today the Baitulmal easily raises Rs. 50 lakh annually and disburses the amount among the needy and the destitute in the city and its environs.
But initial days were hard as no Muslim NGOs existed in Mysore. Most people disbursed their zakat and other charities on poor and destitute within the family. With low credibility, general appeals for funds for collective endeavours met with poor response. Riaz Ahmed reminisces the day a textile merchant placed a Rs. 5 note on his counter and pushed it with the iron measuring scale (with contempt writ large on his face) towards the collectors of the baitulmal who had approached him. “Today most donors walk down to the Baitulmal office to donate their charities”, he writes in Nuqush-e-Rah (literally ‘footprints’), the chronicle of the 40-year voyage of the Baitulmal published to celebrate the four decades of service.

More Fruits
Noble intentions started bearing fruits soon. In 1995, a kind-hearted late Nasrullah Khan sahib sold his house at much lesser than market price to the Baitulmal to start its library. It became a favourite haunt for the members to gather and plan new ventures. The old structure yielded place to the new 3-storey building of the Library in 2002. It became a hub for diverse activities ranging from tutorials to sittings of the Urdu literary forum under the guidance of Prof. Agha Mahmood Sarosh. Around 2010, a Guidance Centre and a Computer Centre too were added.

Towards Medical Relief
Yet another kind soul, Abdul Azeez Saheb, donated a building on Sawday Road in 1990. A charitable clinic began to operate there shortly thereafter with several Muslim lady doctors providing free service. Another Mysorean philanthropist Adil Ahmed, based in Abu Dhabi, donated a clinic in Shantinagar, an underprivileged area of the city. It was dedicated to the memory of his mother Sahira Khanam sahiba. A diagnostic lab was donated by florist Farooq Pasha sahib in 1996.
Azam Baitulmal opened Munawwarullah Turabi Memorial Azam Public School in 2001 in the house owned by Mr. Turabi near the famed Five Lights Circle in 2001. The house was donated after Mr. Turabi’s death by his US-based daughters Tasneem Shameem and Vaseem Firdous. Today over 260 kids are enrolled in the school. The Baitulmal set up yet another school, Abdul Jabbar Memorial Azam Nursery School in 2011 in Shanthinagar which has around 150 children today.

Firm Steps
Azam Baitulmal’s hesitant steps in social service in 1974 have firmed up today with the Institution having celebrated its 40th anniversary. It currently funds education of 87 poor yet merited students and arranges admission of 600 students at entry level. According to its report for the year 2016, it has set up two tailoring institutes and Hidayath Centres at Azeez Sait Nagar and Sawday Road besides running two public schools and two clinics. It spends 45% of its total budget on stipends of students, devotes another 13% for medical aid and nearly 6% on pension for widows and disabled persons.
Azam Baitulmal has blazed a pioneering trail of social service in the royal city of Mysore which till 1970s had no tradition of collective effort at alleviating poverty, ignorance and disease. One hopes the Azam Baitulmal would remain consistent in its progress towards the goal of socio-economic development of the community.
(For more info contact: Azam Baitulmal, Masjid e Azam, Ashoka Road, Lashkar Mohalla, Mysore-570001, Ph: 0821-2529674. Secretary Prof. Riaz Ahmed 0821-2449816).