The Foundation has helped the lowest of the low to rise from poverty, learn skills and be self reliant, besides providing them dignity of living in decent homes. 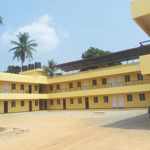 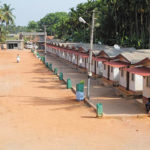 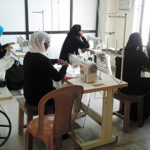 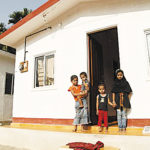 Dreams take long to materialize in concrete form. Realtors and developers may build highrises in a couple of years. But gathering a bunch of people in an enclosure and making them coalesce into a community within a small timeframe is no mean task. Land and buildings may be the raw material for the infrastructure, but social bonding needs much more than mere tangible items.
Hidaya Foundation of Mangaluru learnt it quickly. The activists, mostly entrepreneurs and professionals, were endowed not only with a goal, but also had vision and spirit to join the pieces into a beautiful dream. Their basic asset was selflessness and a determination to reach out to the lowest of the low and raise them to a certain level from where they could grow on their own strengths.
It was around 2008 that these activists came together and began to have a feel of the community’s grassroots realities. They could realize within no time that crisis was deeper and wider than what was visible at the surface.

Brainstorming
Not everything was within their means to address. They could figure out five areas after a few brainstorming sessions. These were food, health, education, imparting of skills to create self-reliance and infrastructure. A survey of 1,200 families in Kavalkatte village of Bantwal taluk of DK district revealed prevalence of extreme poverty among Muslim families, lack of skills, absence of a breadwinner in several families, and a physical environment sans proper shelter, water, power and sanitation lines.

Focussed Approach
The 21-member Foundation geared into action fully aware that not all the malaise can be remedied at once and for all. They were convinced that they need to be focused on a small community and the limited needs and were too conscious of the risk of stretching their resources thin over a large area. Headquartered at Mangaluru, they mobilized youth as well as the women to join the work. By 2012, the framework was ready and mission statement i.e., “Empowerment of women, Development of children” had been coined. President G. Mohammed Haneef informs that the organization targeted those families who were abandoned, destitute, chronically sick or disabled individuals who had nowhere to look for assistance. Most of them were without a male head. Around 260 families were selected for supply of monthly ration kits as food was considered their most basic need. This was besides what they were receiving free of cost under BPL scheme of the Government.

Health Issues
Survey had revealed that expenses on hospitalization and medicines were beyond the capacity of 80% of the middle class families and nearly 60% risked falling into debt if someone in the family was afflicted with any major health issue. Though for the start, they conducted health check-up camps with the Kasturba Medical College and Yenepoya Medical College in rural areas covering around a thousand patients, it was later realized that treatment at hospital would deliver better results. “Prevention is better than cure” too came to be applied and target population was made aware of the risk of diseases that afflict vital organs like heart and kidney or how diabetics could wreck the people internally or even post-pregnancy complications that go unattended. They were told about infant care, healthy food and nutrition, cleanliness and hygiene etc. The Foundation entered into an MoU with Yenepoya Medical College whereby expenses on medicine were borne by the Foundation. It even appointed a Helpdesk in the Government Wenlock Hospital in Mangaluru to assist patients who required guidance in obtaining free facilities in Government or private hospitals.

Arabic Institute
Reinforcing the religious foundation too, occupied a priority. The Foundation set up an Institute for training teachers in Arabic language, Tajweed and Deeniyat seven years ago in the city, by adopting syllabus prepared by MESCO of Hyderabad. It was in pursuance of the realization that kids attending the modern schools were growing unaware of the basics of religion. The Institute has so far turned out 170 women Arabic teachers who are engaged in imparting lessons in Arabic at 25 schools in DK as well as Udupi district.
‘Share and Care Colony’
But the most tangible outcome of the Foundation’s effort is the ‘Share and Care Housing Colony’ that has come up on a four-acre plot in Kavalkatte village. It was part of the infrastructure development programme of the Foundation. Of the planned 100 micro housing units, the Colony has already commissioned 39 units, each with a hall, bedroom, toilet and bath and kitchen. Of these, 15 standalone 300 sq. ft. units are built in a row over a platform equipped with all basic facilities. Another 24 are flats in an L-shaped edifice. While the former were commissioned in 2012, the latter were readied in 2013. For an organization that began its operations in 2010, the construction of the colony in a short span of time is a remarkable achievement. The Foundation is still pursuing the 100-unit dream colony. The Foundation has been wise enough to keep the ownership of home with the Foundation, not the occupant.
Yet housing the poor was not the end in itself. Says Mr. Abid Asghar, secretary of the Foundation, “Unless there is a source of consistent income, the home-owners cannot be expected to remain in possession of this vital asset.” The Foundation therefore thought of imparting some skills in order that the household people could attain self sufficiency. A tailoring unit came up in 2013 with ten high-tech sewing machines. It got tied up with a garment factory for constant orders. Several women and girls from the colony are now engaged in stitching garments and eke out a living for the families. A philanthropist has donated another 10 sewing machines which will be installed as soon as power backup and other attendant infrastructure is ready. Next on the agenda is a cashew peeling unit for the unskilled women whose number goes upto 35 in the 39-unit colony. This would be a much remunerative work. The Foundation has set up a school for the special children whose number is seven. It is registered under Women and Child Development Department. Another 55 children from the colony attend various schools in the vicinity. The colony has been fenced from all sides. It would have a landscaped garden, a small park with swings, slides and merry go-round, a mosque and madrassa and a wastewater recycling plant on completion.
The Foundation has also raised a 2-acre garden in the backyard of the Colony where banana and papaya are grown. Some members of the colony are engaged in the farm. The administrative building also has an auditorium where awareness camps and orientation classes are held for the residents and the students alike.
Hidaya Foundation’s achievement are notable in that, the activists invested enough thought, planned cogently, learnt from the missteps and corrected their course frequently and focused on limited area and people to produce tangible results.
(For more interactions, contact: Mr. Abid Asghar, Secretary, Hidaya Foundation, 2nd Floor, A.P.S. Complex, Near Highland Hospital, Falnir Road, Highland, Mangaluru, Karnataka 575002, Cell: 93436-50321, Phone: 0824-4251319)