The Gaya Muslim Orphanage – A Lighthouse for Children

Islamic Voice 0 March, 2018 12:00 am
Islami Baitul Mal Institutions – Carving a Future for Themselves
No One Is Safe until Everyone Is
Conserving Native Varieties of Rice

Set up by visionary Enayeth Khan in 1917, the Gaya Muslim Orphanage (GMO) has set an example of national integration. GMO is like a family for several orphaned children for around a century! 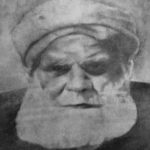 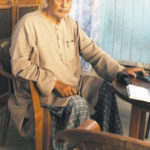 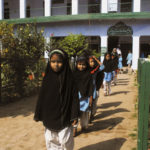 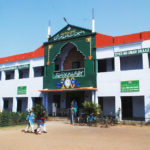 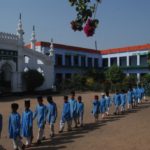 “Although my three brothers are studying in madrasas, I am studying Hindi, English, Urdu, Deeni-Taleem (Religious studies) and Computers here,” frail 10-year-old Sajida Parveen says in a confident voice. Sajida’s parents are no more now. She was too little when they passed away for her to have much memory of them.
The Gaya Muslim Orphanage (GMO) came forward to rescue Sajida from the plight she was in. GMO is like a family for several orphaned children for a century. The institution has now became a prime centre for both modern and religious education in Bihar.
GMO was established by Enayeth Khan of Kolowna village in Gaya district in October 1917. This is the centenary year of this organization, which is providing shelter, food and love for numerous children from many years.

Hard Work and Constant Efforts
Enayeth Khan was the son of Yaseen Khan, who worked as a labourer in Calcutta (now Kolkata). Enayeth Khan also worked as a servant at Grand Hotel, till 1916. Although he was illiterate and did not have a formal education, through hard work he learned English and Arabic. This brought a good job for him as a mobilising officer in the Fire Brigade department in West Bengal.
There is an interesting story related to the foundation of GMO. Mohammed Mursaleen was an orphaned child in Enayeth Khan’s village. Enayeth Khan had to face a lot of difficulty to keep the child in an orphanage in Calcutta. He wandered from pillar to post to get the child admitted to an orphanage. This experience motivated him to lay the foundation of GMO in Cherki, a backward area of Bihar, with the assistance of a teacher, Syed Mohammad Nazir Hussain.

Opposed by Zamindars
But some zamindars (landlords) of the locality were not pleased with the establishment of the school. Muslim zamindars felt that Enayeth Khan was bent upon imparting education to everyone, so then who would slog in the fields and do their household work? But Enayeth Khan remained unmoved and put on stake his property and prestige for the sake of an orphanage that he wanted to launch. In 1933, a time also came when the Orphanage had to be locked and closed down. Continuous hostility from opponents compelled Enayeth Khan to shift the orphanage from Cherki to Bhadya village (in Gaya district) in 1941.
Sitting in his native house at Kolowna, Iqbal Ahmad, grandson of Enayeth Khan, says: “When the orphanage started functioning, landlords and other wealthy people of the area were against its establishment. But interestingly, poor people cooperated with us. Landlords instigated rayats (tillers) to get our family entangled in a legal battle regarding land ownership,and this led to filing of case against my grandfather.”
Enayeth Khan could not have succeeded without the helping hands of poor rickshaw-pullers and laborers working in Calcutta. From 1917 to 1951, the institution struggled for its existence”a long battle indeed. It was only in 1952 that the institution got a fresh, new lease of life. A cottage was hired at a monthly rent of eight annas (50 paisa) and with only a meager sum of thirty rupees in hand. Initially, there were only two orphan boys, Mohammad Kausar and Sayed Mohammad Ismail.

Hindus and Muslims Together
It is pertinent to note that in 1917, since there was no school between Gaya and Sherghati, a distance covering 34 km, so both Muslims and Hindus used to avail the opportunity for the education of their children at the GMO. Yadunandan Singh, now 90-years-old, is one of those children who had got education in those times in the orphanage school. Sharing his experience, he says, “At that time, many Hindu boys studied there. I can read, write and I am fluent enough in Urdu-Farsi.”
In 1951, the Bihar Government established a basic school near GMO. Today, GMO runs a middle- and high-school affiliated to BSEB (Bihar School Examination Board). GMO also has a distance education centre, affiliated to Aligarh Muslim University, which caters to the needs of 400 students, out of whom 90 per cent are girls.
Minhaz-ul-Islam, coordinator of the distance education centre, says, “We have a total strength of 800, out of whom 170 are orphans (100 boys and 70 girls). We provide lodging, food, clothes and medical care free of cost for the orphans. Those who can pay also study here. Another category is of day scholars, who stay here only during the daytime.”
Today, GMO has 20 acres of land, which includes the Muslim Boys Orphanage, Gaya Muslim Girls Orphanage (Established in 1986) and an Industrial Training Institute, built in 2015 and waiting for government affiliation.
With an annual budget of around Rs. 65 lakhs GMO runs on donations mainly from zakat in the month of Ramadan. Past students who are now settled in their respective fields or jobs also help the orphanage by collecting money.
Enayeth Khan was very keen to spread education among girls. In a letter he states, “From January 1939, a girls’ section will be established for girls residing in the locality. A lady teacher will be appointed for this purpose.” This letter became the starting point of the establishment of the Gaya Muslim Girl’s Orphanage” in 1986 in his native village, Kolowama. At present, there are 150 girls, out of whom 100 are orphans. There are 30 classrooms in the campus, in which there are two cultural halls, practical rooms, a study hall and computer rooms. Household skills are imparted to the girls orphanage.
The importance of GMO can be gauged from the dignitaries who visited this place from time to time, including the first President of India, Dr. Rajendra Prasad, another former President of India, Dr Zakir Hussain, and A.R Kidwai, former Governor of Bihar.
Inter-communal relations in India are a major issue today. But The Gaya Muslim Orphanage still cherishes the memory of its founder Enayeth Khan and is spreading the message of harmony between all, irrespective of religion.
(The writer is a Patna-based journalist)