The Legacy of Sir Mirza Ismail

Mirza Ismail’s services to the Sanskrit College at Mysore are unforgettable. He treated all communities alike and furthered their interest. In his autobiography “My Public Life”, he writes: ‘I felt that one pleases Almighty even more by serving other faiths than one’s own. 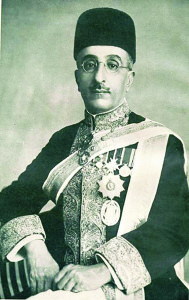 Public memory sometimes defies logic. While it keeps refreshing the memories of a few famous persons quite often, many other personalities with outstanding achievements to their credit are rarely remembered and they get consigned to the pages of history books. Sir Mirza Ismail who rendered distinguished service for a period of fifteen years as the Dewan of Mysore under Maharaja Krishnaraja Wodeyar, the IV, is one such remarkable personality who appears to be fading from public memory with each passing day.
Sir Mirza Ismail’s grandfather Ali Asker came from Shiraz, Iran in 1824 and settled down in Bangalore and made a fortune trading horses and Persian shawls. Ali Asker Road where he resided in a sprawling bungalow is named after him. Ali Asker is the donor of nearly four acres of valuable and prime land to the ‘Aga Ali Asker Waqf, Baqarabad’ which presently houses the Windsor Manor Hotel.
Sir Mirza Muhammad Ismail was born in Bangalore on October 24, 1883 and had his schooling at St. Patricks School, Shoolay and the Wesleyan Mission School. He studied along with the Maharaja in a special class for nine boys between the years 1896 and 1901. He graduated from Central College, Bangalore. After his appointment to the Civil Service, he was posted to the Maharaja’s establishment, where he gradually rose officially from Assistant Secretary to Huzur Secretary and then as Private Secretary to the Maharaja. Recognizing his administrative skills, the Maharaja appointed the 42 year old Mirza as Dewan (Prime Minister) in the year 1926.
In contrast to his predecessors, Mirza Ismail’s tenure as Dewan ran through tumultuous times. The Binny Mill agitation, Sultanpete Ganapathi disturbance, Nariman disturbance and Kolar unrest deflected his time and energy from developmental activities. The later part of his Dewanship required sensitive handling of political issues as India’s struggle for independence was gaining ground even in this British controlled princely State. That Mirza Ismail could achieve so much despite these hurdles speaks volumes about the ability of this man.
Pioneering Industrialisation
During his 15-year tenure as Dewan, Mirza Ismail was instrumental in starting 25 different industries. The Bhadravati Iron Factory was running under loss and the question of closing it down was being contemplated. Mirza decided to add a Steel plant which saved it from imminent closure. Establishment of Cement and Paper factories at Bhadravati, Sugar factory at Mandya, a Silk Spinning and Weaving mill at Channapatna, Porcelain factory and Glass making factory, apart from various other industrial units producing aircraft, electric bulbs, chemicals and fertilizers, agricultural implements and cast iron pipes are the prominent achievements of Sir Mirza Ismail. Add to this, the hydroelectric stations at the Shimsha Falls and the Jog Falls and also a water supply project for Bangalore city which are no small achievements. These landmark achievements heralded the industrial revolution of the State.
Mirza’s policy was not to concentrate the factories in one or two centres but to distribute them all over the State so that many places could benefit from them. Mysore was the first Indian State to have a Trade Commissioner at London who could sell the State’s production of sandalwood oil at a higher price. Mirza’s far-sightedness could be seen from the fact that he established the Mysore Medical College. But his most cherished contribution is the laying of the famous Brindavan Gardens at KRS which transformed the dam site into a fairy land with its multi-coloured fountains and well-manicured garden. Brindavan Gardens continues to be a major tourist attraction to this day.

Rural Electrification
Mirza Ismail also focused on the development of villages. In 1926, Bangalore, Mysore and the Kolar Gold Fields were the only places in the State which were provided with electricity. Mirza launched a scheme of electrification of villages and by 1940 nearly 180 villages had been supplied with power. Mysore was the first State in India to do so. During his tenure, the Irwin Canal was constructed irrigating 55,000 acres of land. Mirza favoured minor irrigation projects instead of major irrigation projects since the latter required huge investments and involved submersion of lands.
Boost for Sanskrit
Mirza Ismail’s services to the Sanskrit College at Mysore are unforgettable. He treated all communities alike and furthered their interest. In his autobiography “My Public Life”, he writes: ‘I felt that one pleases Almighty even more by serving other faiths than one’s own. Paradoxical as that may sound, I believe it is, nevertheless true, for to serve other faiths calls for something more vital than passive tolerance.’
Another programme which was close to Mirza’s heart was the beautification of towns and cities which he believed should be a continuous process. He relentlessly and successfully prevailed upon the Maharaja, despite stiff opposition from various quarters, to demolish the numerous houses within the Mysore Fort enclave which mostly belonged to the Maharaja’s relatives. Imagine the Mysore Palace with a string of houses within its periphery! Though the construction of Mysore Palace was completed in 1912, Mirza was instrumental in providing a new faÃ§ade to the palace in the year 1932, eventually giving it the present magnificent look.
When Maharaja Krishnaraja Wodeyar IV passed away in 1940, Sir Mirza Ismail said: ‘his (Maharaja’s) death is the greatest sorrow I have known in my life.’ But he continued as Dewan since he had one more goal to attain: establishing an automobile factory in Bangalore to manufacture cars. This project was proposed by shipping magnate Walchand Hirachand with the co-operation of Chrysler Corporation, Detroit, USA. The British were opposed to this project since it could affect the business interests of the British car manufacturers. When the then Maharaja turned down the proposal, Mirza Ismail promptly resigned from the post of Dewan of Mysore.

Dewan at Jaipur
The ruler of Jaipur immediately took the services of Mirza Ismail as Dewan of Jaipur where he served for two years (1942-46). His efforts to embellish Jaipur city and to increase the prosperity of Jaipur were highly appreciated and a prominent thoroughfare in Jaipur city is named after him. This was followed by a 10-month stint as Dewan of Hyderabad. Mirza also had invitations from the rulers of Kashmir and Baroda offering him the post of Dewan, which he declined. In India’s struggle for independence, Mirza was interacting with national leaders like Mahatma Gandhi, Nehru and Sardar Vallabhai Patel among others. He was strongly opposed to the partition of India and was an ardent votary for a Federation of States.
He spent his post-retirement days reading works of Persian poets like Firdosi, Haafiz and Sadi seated in the well-tended garden of his ancestral house in Ali Asker Road. On January 8, 1959 at about 9’0 clock in the night, a friend of his telephoned and asked him: ‘how are you?’ Sir Mirza Ismail replied with just one word:”Packing” and the friend presumed that maybe he was going on a journey. These were probably his last words and an eventful life met its end on that night.
[The writer is a retired KAS officer and author of the book “The Mysore Palace” and can be contacted at [email protected]]