6/11 Victim’s Mother on a Mission to Build Trust

Scherr’s work is built on her conviction that the world becomes a better place if peace and security is restored among children. 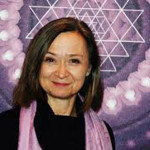 Hyderabad: Had Naomi Scherr, a 13-year-old U.S. national, who was gunned down at the Oberoi Trident Hotel, Mumbai, in the 26/11 (2008) terror attacks been alive, she would have gone on to study medicine as was her ambition. Now, seven years after the incident, her mother, Kia Scherr, lives at least a few months every year in the same hotel, to work on her mission to build trust and security among Mumbai’s children and youth. Ms. Scherr, who was in Hyderabad to attend the International conference on women in law enforcement, had also lost her husband, Alan Scherr (58), on the fateful day. While she could not get out of bed for months after the dreadful news broke, now she is an inspirational speaker and founder of One Life Alliance, an organisation working world over to harbour peace and decrease violent behaviour with a focus on schools, businesses and government leaders. “I still feel safe in the city. My work is centred round building trust among children for the propagation of peace,” Ms. Scherr told The Hindu. A booklet published by her organisation, “Pocket Book of Peace”, is circulated among children and youth round the world. The woman who issued a statement asking Mumbai to “forgive the attackers” shortly after the incident, said that she would like to work closely with the police in the country aiming at sensitization of the force and communities. She had escaped the attack as she had stayed back in Florida to celebrate Thanksgiving. Mr. Scherr and their daughter had led a team of 25 foreign nationals from the U.S., Canada and Australia, to Mumbai on a spiritual mission supported by the Synchronicity Foundation. Mr. Scherr, president of the foundation, was dining along with five others, including his daughter, while the gunmen broke in and opened fire. Ms. Scherr’s work is built on her conviction that the world becomes a better place if peace and security is restored among children. When asked how she got back on her feet after the incident, Ms. Scherr was quick to reply, “I never got back on my feet. I cry every day.”
(www.thehindu.com)