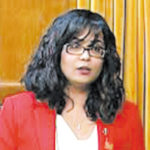 Canadian politicians have passed a motion that condemns Islamophobia and requests that the government recognise the need to “quell the public climate of fear and hate”. The non-binding motion, which condemns “Islamophobia and all forms of systemic racism and religious discrimination”, was passed recently among a divided parliament. The study should look at how to “develop a whole-of-government approach to reducing or eliminating systemic racism and religious discrimination, including Islamophobia,” the motion says. Liberal MP, Iqra Khalid introduced the motion, last December, but it gained significance after the January attack on a Quebec mosque that left six Muslim men dead. In the wake of the Quebec mosque attack, Prime Minister Justin Trudeau’s government has come under pressure to denounce all forms of religious discrimination.