The often told story of how Turkey was one of the only countries to come to the aid of Ireland during the Great Hunger will be the focus of a new movie, “Famine.” The movie is built around this charitable act from a Muslim country to a Christian nation, separated by 4,000 miles. 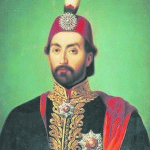 The often told story of how Turkey was one of the only countries to come to the aid of Ireland during the Great Hunger will be the focus of a new movie, “Famine.”
At a time when Ireland was enduring the terrible loss of a million dead and the mass exodus of a million more during the Great Hunger, the story goes that the Ottoman Sultan, Khaleefah Abdul-Majid I, declared his intention to send £10,000 to aid Ireland’s farmers. However, Queen Victoria intervened and requested that the Sultan send only £1,000, because she had sent only £2,000 herself.
So the Sultan sent only the £1,000, but he also secretly sent five ships full of food. The English courts attempted to block the ships, but the food arrived in Drogheda harbor and was left there by Ottoman sailors. That £10,000, that the Sultan pledged to the Irish would be worth approximately £800,000 ($1.7m) today.
It’s a wonderful story. The movie is built around this charitable act from a Muslim country to a Christian nation, separated by 4,000 miles. At that time, the Ottoman Empire was experiencing enormous internal difficulty, but the Sultan Khaleefah Abdul-Majid was determined to help the starving men and women of Ireland. A friendship between two different cultures was formed. In the movie, a Turkish sailor meets an Irish farm girl and she finds “herself torn by her emotions.”
“Famine” is scheduled for release in 2016 and is written and directed by Omer Sarikaya, along with Tipperary-born screenwriter Norina Mackey.
Sarikaya spent two years researching the story and was determined to bring it to the big screen. It was a true passion project for Sarikaya, who also announced that most of the profits from the movie will be donated to UNICEF. Sarikaya also announced that Irish American actor Dave Bresnahan has joined the cast.
“We are thrilled to have a very skilled character actor, Dave Bresnahan play the role of Frank, a Catholic priest. He will perform a very significant supporting role that opens the film and then will help bring the story to conclusion.” Sarikaya said. “His background as an Irish-American with relatives who currently live in Ireland brings added perspective to our international cast and crew. There are presently an estimated 50 million Irish Americans, many of whom come from families who came to America to escape the devastation of the famines in Ireland during the 1800s.”
Speaking about taking on the role, Bresnahan said, “Many people today, including Irish-Americans, are not fully aware of the devastating loss of life that took place because of the Famine in Ireland. I am deeply honored to be a part of this film project that will bring the reality of the Famine to the screen so that modern generations will know what their ancestors had to endure.”
Filming for “Famine” will take place in Ireland, England, and in Turkey in the summer of 2015.
Source: (www.irishcentral.com)