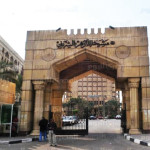 Cairo: The Al-Azhar Institute called on clerics and religious scholars from 120 countries for a conference to educate the “brainwashed” Arab youth who join the extremist militant groups. The two-day conference, sponsored by Al-Azhar and attended by 600 Muslim clerics and heads of Christian churches, comes as part of Egypt’s ongoing attempts to respond to the radical image of Islam exported through the rising militancy in the region. In the second and final day of Al-Azhar’s conference, the institution condemned militant groups as “sinful” and having nothing to do with Islam. “Terrorising the peaceful, killing the innocent, assaulting property and sanctities are crimes against humanity that Islam totally condemns,” the final statement said. It has called on the moderate clerics and institutions to hold training programs and learning sessions for the young Arab men who have been fed faulty interpretations of the holy Quran and Islamic law, which led to terrorism. Al-Azhar said meanings of Caliphate and Jihad should be set straight for the youth. Al-Azhar stressed that Muslims and Christians have lived in harmony in the Middle East for many centuries and will continue doing so, criminalizing any action of forced eviction to Christian residents in areas controlled by militant groups.
“Assaulting Christians and believers of other religions through false piety is a disobedience of the correct teachings of Islam,” the statement said. It has also called on “impartial thinkers and officials of the West” to correct Islam’s image and to rethink the negative stances.
(www.english.ahram.org)