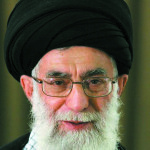 Tehran: Iran’s supreme leader Ayatollah Ali Khamenei has urged Western youth to examine Islam for themselves rather than swallow prejudiced views, in a message posted on his Twitter account. “The recent events in France and similar ones in some other Western countries have convinced me to directly talk to you about them,” he wrote in reference to the Jan. 7-9 militant attacks in Paris that left 17 dead. “Many attempts have been made over the past two decades, almost since the disintegration of the Soviet Union, to place this great religion in the seat of a horrifying enemy,” Khamenei said of Islam. “Receive knowledge of Islam from its primary and original sources,” said the supreme guide of the Islamic republic.