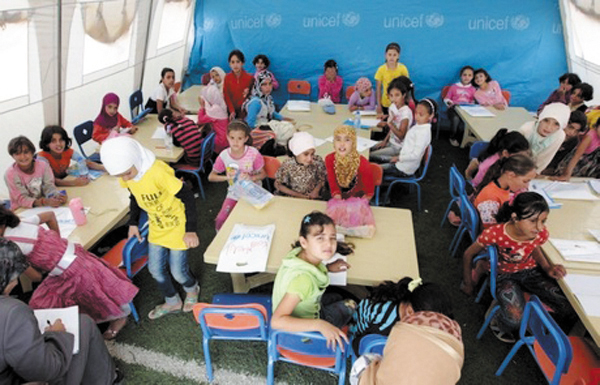 Jordan has opened a Bahrain-funded school in the Zaatari refugee camp near the Syrian border that can take up to 4,000 students. Jordan’s education ministry and the UN children’s fund UNICEF jointly run the school, in which 3,400 Syrian refugees are currently enrolled and taught by Jordanian and Syrian teachers. A $2-million (1.5-million euro) grant from Bahrain, funded the project. Jordan has taken in 230,000 Syrian refugees, more than 125,000 of whom have registered with the UN refugee agency (UNHCR) since the Syrian conflict broke out in March last year. More than 40,000 people have been killed in the violence. Around 42,000 Syrians live in the Zaatari camp.