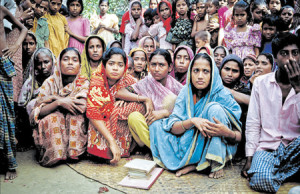 Dhaka: Bangladesh has won the Women in Parliaments Global Forum award, known as WIP award, as a pioneering country in reducing gender discrimination. The WIP awards are presented to those countries, which are recognised for their political empowerment of women, and to countries that show regional leadership in closing the gender gap in politics. The awards are based on the rankings of the World Economic Forum’s “Global Gender Gap Report”, which are compiled in collaboration with the Harvard University and University of California, Berkeley.State Minister for Foreign Affairs Shahriar Alam will receive the prestigious award on behalf of Prime Minister Sheikh Hasina at the annual summit 2015 of WIP to be held in Ethiopia, “New Leadership for Global Challenges” is the theme of the WIP summit 2015, co-hosted by the African Union and co-financed by the European Commission.