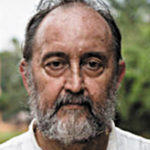 Juan JosÃ© Aguirre Munoz, a Spanish-born Catholic bishop in the Central African Republic (CAR), has given refuge to 2,000 Muslims who are living in fear of attacks from a mainly Christian militia. Munoz’s church compound is based in the south-eastern city of Bangassou. CAR has been experiencing sectarian violence since 2013, when the largely Muslim Seleka rebels seized power, and were accused of killing non-Muslim civilians. Self-defense groups called anti-Balaka formed in response to the power seize by Seleka rebels. Anti-Balaka groups have also been accused of atrocities. The UN believes that thousands have been killed in the violence and at least a million people have been displaced in CAR since in the last four years. Munoz has been sheltering Muslims at his seminary since May 2017. He says , “Nearby, there are anti-Balaka militias who prevent Muslims from going out to search for food, water or firewood, they are completely confined inside the seminary. They would risk death if they ventured out.” Munoz is concerned that many aid organizations have stopped working in Bangassou. Munoz stands for humanity: “For us, there’s no such thing as a Muslim person or a Christian person, everyone is a human being. We need to protect those who are vulnerable”, he says.
(Extracted from https://craigconsidinetcd.com)