Islamic Voice 0 September, 2016 12:00 am
Pope Francis Calls for a Global Educational Pact
Morocco to Give 600 Mosques a Green Makeover
Ants have Answer to Human Traffic 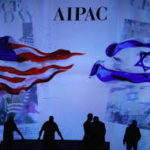 Modus Operandi
“¢ To push all the critics of Israel into ‘richly-deserved obscurity’.
“¢ Not to allow any candid and fair discussions on merits of relentless US support for Israel.
“¢ Get the US to veto all resolutions in the Security Council against Israel.
“¢ To retain focus on US and Israel sharing the same values, democracy, human rights etc.
“¢ To portray Arab states in negative light, supporters of terrorism, in possession of WMDs etc.
“¢ Use US’s good offices to disallow the issue of Israel’s nuclear status on the agenda of the IAEA.
“¢ Some Lobby groups police the academia and prepare dossiers on activists and groups that support Arabs, Palestine and peace process.
“¢ To Defame the critics of Israel as Anti-Semites.

Major Israeli Lobby organizations in the US
American-Israeli Public Affairs Council (AIPAC), American Jewish Congress, ZOA, the Israel Policy Forum, the American Jewish Committee, the Anti-Defamation League (ADL), the Religious Action Center of Reform Judaism, Americans for a Safe Israel, American Friends of Likud, Mercaz-USA, Hadassah, and many others. The American Jewish Yearbook listed more than 80 national Jewish organizations specifically devoted to Zionist and pro-Israel national Jewish interests.
The lobby includes thinks tanks such as the Jewish Institute for National Security Affairs (JINSA), the Middle East Forum, and West Asian Institute for Near-East Policy, (WINEP).
AIPAC is the largest Israeli lobby organization whose annual budget has grown from $3 lakh in 1973 to $40-60 million today with 150 employees. In the words of Warren Bass, by 1980s, the AIPAC was a “Washington Powerhouse”.

Notable Exception:
A Notable exception is Jewish Voice for Peace (JVP) which has called for the US government to suspend military aid to Israel until it ends the occupation of the West Bank.
How does the Lobby Work?
Israeli lobby is effective because motivated groups can influence policies, fund campaigns, get their nominees appointed to important posts and cultivate sympathetic journalists. In a democracy even relatively small group can exercise considerable influence if they are strongly committed to a particular issue and the rest of the population is largely indifferent.
Important Israel Supporters in the US Media
Journalists like William Safire, A. M. Rosenthal, David Brooks were passionate defender of Israel.
In Washington Post, Jim Hoagland, Robert Kagan, Charles Krauthammer, George Will were all consistent supporters of Israel.
Michael and William Kristol who runs the Weekly Standard not merely tended to favour Israel, but were staunch supporters of hawkish Likud Party.
In Los Angeles Times, Max Boot, Jonathan Chait and Jonah Goldberg were all defenders of Israel.
Wall Street Journal’s former editor Robert Bartley once even declared: Shamir, Sharon, Bibi (Benjamen Netanyahu)”whatever those guys want is pretty much fine by me. Editorials of Chicago Sun-times, the New York Sun often look like have been written by the Israeli Prime Minister’s press office.
New York Times has often been critical but remarks about himself by its former editor Max Frankel can be insightful: “I was much more deeply devoted to Israel than I dare to assert”¦” Israeli lobby’s most energetic media watchdog group is: Committee for Accuracy in Middle East Reporting in America (CAMERA).

Important Soundbytes
The phenomenal support Israel enjoys in the US gets portrayed through some frank comments and forthright remarks in the US media. Some specimen:
Yitzhak Rabin, former Israeli Prime minister:
America’s generosity toward Israel is “Beyond compare in modern history”.
Richard Armey, former Majority Leader:
My no. 1 priority in foreign policy is to protect Israel.
Tom DeLay, Armey’s successor as Majority Leader:
“I am an Israeli at heart.”
Morton Klein, the President of ZOA had quoted him saying: “He cared about Israel in every fiber of his being”.
Senator Ernest Hollings (Democrat-SC):
You can’t have an Israeli policy other than what AIPAC gives you around here.
Roger Hilsman, Columbia University Professor and former Assistant Secretary of State :
“It is obvious to even the most casual observer”¦ that US foreign policy in the Middle East where oil reigns supreme, has been more responsive to the pressure of the American Jewish population and their natural desire to support Israel than it has to American oil interests.
Ben Gurion, a Zionist leader: “Were I an Arab, I would rebel even more vigorously, bitterly, and desperately against the immigration that will one day turn Palestine and all its Arab residents over to Jewish rule”. (Remark made in June 1937)
A Pentagon official (not named by authors):”Israel’s strategic value to the US was always grotesquely exaggerated.”
(Source: The above information has been extracted from The Israel Lobby and US Foreign Policy by John J. Mearsheimer and Stephen M. Walt, Penguin Books, London.)