First Museum of the Palestinian People Opens in Washington, DC

Islamic Voice 0 August, 2019 12:00 am
US Muslims Raise over $100,000 for Synagogue Victims
OIC tells Myanmar to Protect Rights of Rohingyas
Muslims in Spain Hold Rally Against Terrorism

On the 15th of June, the Museum of the Palestinian People opened its doors in Washington, DC. It’s the first Palestinian Museum in the city and is dedicated to telling the stories of the people of Palestine, exhibiting their artwork and historical and cultural documentation through contributions worldwide.
“It’s a museum where people get introduced to the Palestinian story and Palestinians as a people, not as a news item,” says Nassar Farsakh, chairman of the museum.
How it started
“When I came to DC in 2011, I was really amazed by the museums and monuments and memorials in the city, and at the same time, I was lost because I couldn’t find a place where the Palestinian story has been told,” Nassar said.
In 2014, he came up with the idea for a Palestinian museum which then developed into a travelling show. He eventually spent several years working to achieve his ultimate vision of a museum, rather than simply an exhibition. But alongside other struggles any start-up faces, he also encountered collective resistance to the idea. “Many people said, ‘No, this is not going to happen,'” he says.
He added: “The Arab-American community feels the weight of how hard it is to have a conversation about Palestine that is fair and balanced.”
Supportive donors
Washington is a natural home for the project, according to Nassar. “So many people came to DC to share their stories,” he says. He added: “We want our story told not only once, not as an event, but over and over again,” he says. “We want this to be a space where people can come continuously to hear our voice.”
The museum
The collection can be found in the main room on the first floor of a terraced house in north-west DC. The space was donated by a family, and will be its home for the upcoming two years. Century-old glasswork and vases are also on display, as well as an edition of National Geographic from 1914 in which the “Holy Land” and Palestinian agricultural tradition are discussed.
If you leave the permanent exhibition you find the Wall of Fame, it is a collection of portraits of Palestinian feminists, scholars, entrepreneurs and more, showcasing the impact the diaspora has had on the world. There are also diverse placards hanging on the walls, explaining facets of the country’s history, including the Nakba and the modern Palestinian diaspora.
The team behind the museum put a lot of efforts to include as many representations of Palestinian identity as possible, to ensure their portrait was comprehensive. They did that by meeting members of the Palestinian community..
Vision and mission
The museum’s mission says it hopes to create a place “where people are not marginalised because of the artificial distinctions we use to create borders between us.”
Nassar says he wants the museum to be a space where non-Palestinians can see themselves reflected in universal human worries, hopes and experiences. “We want visitors to come in, hear our stories told by us in our own ways, 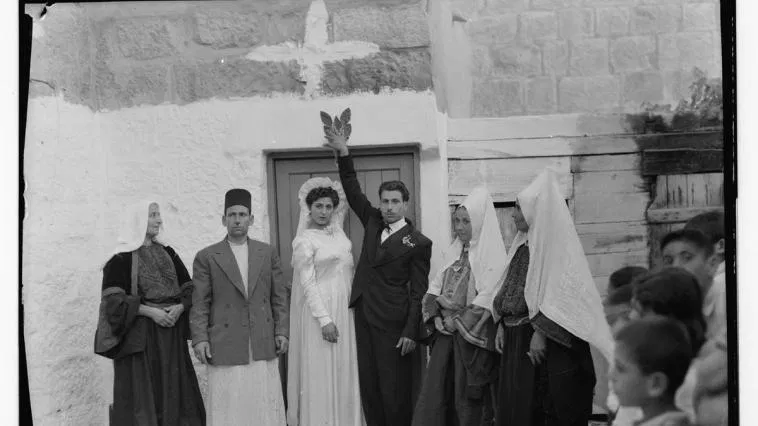 and find themselves and find what’s common for us as human beings.”
The team wants to bring a deep shift in how the West approaches the political debates that surround Palestine, while also giving immigrants from Palestine a place to tell stories by connecting the public to Palestinian art and experiences.
(Extracted from mvslim.com)