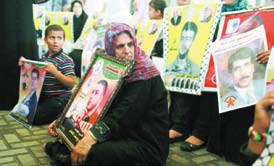 Gaza will no longer be “liveable” by 2020 unless urgent action is taken to improve water supply, power, health, and schooling, the United Nations’ most comprehensive report on the Palestinian enclave stated recently. “Action needs to be taken now if Gaza is to be a
liveable place in 2020 and it is already difficult now,” UN humanitarian coordinator, Maxwell Gaylard said while releasing the report. Five years into an Israeli blockade supported by Egypt, and living under one-party rule, Gaza’s population of 1.6 million is set to
rise by 500,000 over the next eight years, say the authors of the UN’s most wideranging report on the territory. Gaza has one
the youngest populations in the world, with 51 percent of people under the age of 18. Since 2007, Gaza has been under the control of  the Islamist Hamas organization, an armed political movement, which rejects permanent peace with Israel.

The people in the narrow coastal strip live mainly on UN aid, foreign funding and a tunnel economy, which brings in food, construction materials, electronics and cars from Egypt. Robert Turner, director of operations of the United Nations Relief and Works Agency
(UNRWA), said Gaza by 2020, will need 440 more schools, 800 more hospital beds and over a 1,000 additional doctors. Gaylard called on international donors to increase their aid to a population, which is 80 percent aid dependent.