Humankind is revealed as simultaneously insignificant and utterly dominant in the grand scheme of life on Earth by a groundbreaking new assessment of all life on the planet. The world’s 7.6 billion people represent just 0.01 percent of all living things, according to the study. Yet since the dawn of civilization, humanity has caused the loss of 83 percent of all wild mammals and half of plants, while livestock kept by humans abounds. The new work is the first comprehensive estimate of the weight of every class of living creature and overturns some long-held assumptions. Bacteria are indeed a major life form “ 13 percent of everything “ but plants overshadow everything, representing 82 percent of all living matter. All other creatures, from insects to fungi, to fish and animals, make up just 5 percent of the world’s biomass.
Another surprise is that the teeming life in the oceans represents just 1 percent of all biomass. The vast majority of life is land-based and a large chunk “ an eighth “ is bacteria buried deep below the surface.
The new work reveals that farmed poultry today makes up 70 percent of all birds on the planet, with just 30 percent being wild. The picture is even more stark for mammals”60 percent of all mammals on Earth are livestock, mostly cattle and pigs, 36 percent are human and just 4 percent are wild animals.
The destruction of wild habitat for farming, logging and development has resulted in the start of what many scientists consider the sixth mass extinction of life to occur in the Earth’s four billion year history. About half the Earth’s animals are thought to have been lost in the last 50 years. 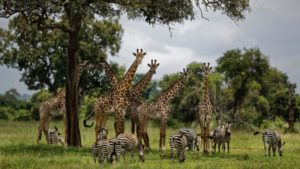