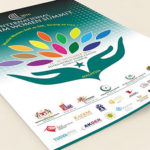 Istanbul: Istanbul will host the 2017 Muslim Women Summit, the president of the Turkish Asian Center for Strategic Studies (TASAM) stated, while attending this year’s gathering in Kuala Lumpur. Suleyman Sensoy said that a declaration on the 2017 summit and the organization’s secretariat moving to Istanbul would be made later during the “Muslim Women: Soft as Silk, Strong as Iron” summit and exhibition in the Malaysian capital. He described the woman’s initiative as having been developed under the World Islamic Forum’s nearly eight-year “institutionalization process”. He stressed that its efforts are aimed at “not simply adhering to a Western perspective on problems faced by women in the Muslim world, but creating values based on our own references, institutionalizing critical thinking and continuing civil society initiatives”. Referring to the “Istanbul” awards that will be granted for excellence in various field during this year’s summit, he said the name of the ceremony held special significance. Underlining the Turkish city’s role in history and contemporary times, as well as its material and spiritual connotations, Sensoy said, “we regard Istanbul as the heart of the Islamic world.” Thousands of participants from across the world gathered for the summit hosted in the Malaysian capital between Sept. 23-25. The summit aims to champion efforts to empower women and provide a platform for sharing their ideas and experiences. Its objective is to create extensive synergy and networking among NGOs around the world for the pursuit of global prosperity and peace.