What hinders learning in Schools? The recent World Development Report 2018 throws lights on factors that result in poor outcomes in schools in developing countries. 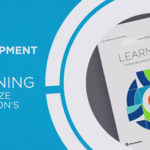 Schools are meant for learning or transfer of knowledge from teacher to the students. But schools without learning could be a terrible waste of precious resources and of human potential.
For individuals, education promotes employment, earnings and health. It raises pride and opens new horizons for development. For societies, it drives long-term economic growth, reduces poverty, encourages innovation, strengthens institutions, and fosters social cohesiveness.
But learning conditions for the disadvantaged are not the same as they are for the privileged. This affects their outcome too. To compete in the economy of the future, workers would need strong basic skills and foundation for adaptability, creativity and continued learning throughout the life.

Underperformance
The recently released World Development Report 2018: Learning to Realise the Promise of Education by the World Bank throws light as to why schools in the low-income countries underperform. Take the case of rural India, just under three-quarters of students in grade 3 could not solve a two-digit subtraction such as 46 “ 17, and by grade 5, half could still not do so. This is not unique to India. Worldwide hundreds of millions of kids reach young adulthood without even the most basic skills of life. They may not be able to calculate the change that is due to them after a transaction; read a doctor’s prescription, or interpret a campaign promise. A well-delivered level education can alone ensure a better future for them.

Three Suggestions
The Report therefore makes three principal suggestions: 1- To assess learning in order to make it a serious goal, 2- Act on evidence to make school work for all learners, and 3- To align actors to make the whole system work for learning. Nations that factored these into their systems, have harvested better rewards. A shining example is Republic of Korea which had pathetic literacy levels in 1950s after having emerged from the devastating war. Today, its young people perform at the highest levels on international learning assessments. Vietnam surprised the world when the 2012 results of the Programme for International Student Assessment (PISA) showed that its 15-year-olds were performing at the same level as those in Germany” even though Vietnam was a lower-middle-income country.
Slow Start
Children learn very little in many education systems around the world. Even after several years in school, millions of students lack basic literacy and numeracy skills. This slow start to learning means that even students who make it to the end of primary school do not master basic competencies. Even more worryingly, factors like poverty, location, ethnicity, gender or disability exclude many from the learning process. Thus education can widen social gaps instead of narrowing them.

Learning Crisis
But it’s not just poverty and conflict that keep children out of school; the learning crisis does, too. When poor parents perceive education to be of low quality, they are less willing to sacrifice to keep their children in school”a rational response, given the constraints they face. The ultimate barrier to learning is no schooling at all”yet hundreds of millions of youth remain out of school.
Learning shortfalls during the school years eventually show up as weak skills in the workforce. Not alone trained workforce, they are even less trainable on the worksites. Accordingly, many workers end up in jobs that require minimal amounts of reading or math. Lack of skills reduces job quality, earnings, and labor mobility.

Why Schooling fails Learners?
In many countries the children often arrive in school unprepared to learn, if they arrive at all. Malnutrition, having no breakfast, low parental investments, and the harsh environments associated with poverty undermine early childhood learning. In developing countries, 30% children are physically stunted, meaning they have low height for their age. So even in a good school, deprived children learn less.
Teacher quality too matters. In developing countries, most education systems do not attract applicants with strong background. Thirdly, inputs often fail to reach classrooms or to affect learning when they do. In Brazil, a ‘One Laptop Per Child’ initiative took several years to implement. Even when it was implemented, more than 40% of teachers reported never or rarely using them in classroom activities. In schools, problems with teacher absenteeism, lack of inputs, and weak management are typically severest in communities that serve the poorest students.

Misalignments
Political challenges too hinder the process of effective learning. Key players don’t always want to prioritize student learning. Many stakeholders have divergent interests. Politicians act to preserve their positions in power, which may lead them to target particular groups (geographic, ethnic, or economic) for benefits. Bureaucrats may focus more on keeping politicians and teachers happy than on promoting student learning, or they may simply try to protect their own positions. Some private suppliers of education services”whether textbooks, construction, or schooling”may, in the pursuit of profit, advocate policy choices not in the interest of students.
Misalignments aren’t random. Because of these competing interests, the choice of a particular policy is rarely determined by whether it improves learning. More often, the choice is made by the more powerful actors in the policy arena. Agents are accountable to one another for different reasons, not just learning. Given these interests, it should come as no surprise that little learning often results.
(The report is compiled by Maqbool Ahmed Siraj following interaction with Deon filmer and Halsey Rogers, Co-Directors of the World Development Report 2018 at a talk arranged by the National Institute of Advanced Studies in Bengaluru on April 11, 2018.)
For fuller report log onto: https://openknowledge.worldbank.org/bitstream/handle/10986/28340/211096ov.pdf