Islamic Voice 0 December, 2017 12:00 am
French Sufi Imams back Pope after Vatican Audience
Pope Calls on Christians to Share Hope with Migrants
World Council of Churches Statement on the current situation in Mosul, Iraq 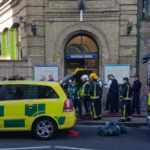 London’s Evening Standard newspaper included a list of 12 unsung heroes of the UK capital in its Progress 1000 report, with Arab and Muslim citizens making the list. The newspaper looked at events that shook London this year and with a panel of editors, critics and experts in various fields, they selected 12 individuals who have made their mark on the city. Some of those chosen helped keep the hope and unity alive in London after tragic events like Grenfell Tower and a number of militant attacks made 2017 a heart-breaking year for the UK capital. “On critical days and those that followed, many Londoners went beyond the confines of their jobs and lives for the welfare of their neighbours and fellow citizens,” Evening Standard Editor George Osborne said. “None had high public profiles and most did not expect this year to be one that was so affecting and significant”. On the list were two brothers”Mohammed and Muaz Mahmoud”who were at Finsbury Park, when a van deliberately rammed into a group of Muslims close to a mosque and urged the crowd to show restraint. Mohammed”imam at the local Muslim Welfare Centre,and his brother Muaz”are of Egyptian descent, and both helped instil calm following the attack, along with helping the wounded. Also on the list was Zain Miah, who was among the many people who responded to Grenfell Tower fire and played a key role in the Grenfell Muslim Response Unit, which provided help for families affected by the fire. He works for the National Zakat Foundation and is committed to help everyone regardless of their race or religion.