Love A Muslim Day’ In Response to Hate Letter 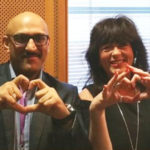 London: The man who created a ‘Love a Muslim Day’ list in response to letters promoting hateful acts hopes his idea will “bring people together”, the BBC reported. It was sparked by reports that ‘Punish a Muslim Day’ letters had been sent out in several cities, calling on people to verbally and physically attack Muslims. Four MPs from South Asian backgrounds have also received packages containing anti-Muslim letters in recent days. The response, listing acts of kindness, has been widely shared on social media.
Shahab Adris, from Leeds, said he was disgusted at the content of the widely-reported letter and had a “brainwave”. “I thought, let’s turn this letter on its head, keep the points system and turn it into something lovely,” he said. “Some of the responses I’ve seen from the Muslim community have been really positive, but the most remarkable thing has been getting responses from people who are not Muslim, saying they will do something with a Muslim colleague.”
Mr Adris works for Muslim Engagement and Development, a national charity promoting political and social engagement and countering Islamophobia.  His letter rewards an increasing number of points for actions including ‘smile at a Muslim’, ‘buy a Muslim coffee with cake’ and ‘do a fundraiser for the needy’. The move was backed by Labour MP for Colne Valley Thelma Walker, with others calling it a “perfect response to hate and bigotry”.
(Extracted from newageislam.com)