Islamic Voice 0 December, 2014 12:00 am
Ancient road found in Jerusalem
Aviation Academy to be set up in Riyadh
Indonesia’s Anti-Plastic Drive 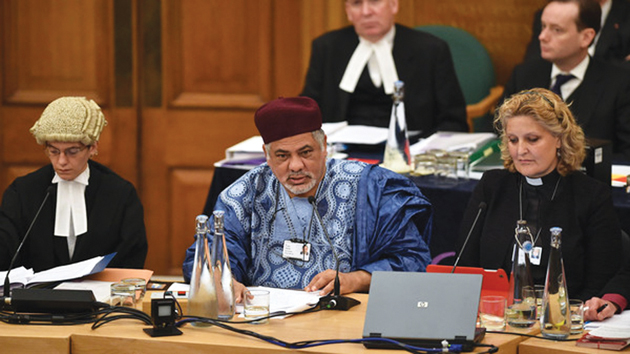 London: British Muslims addressed a Church of England synod for the first time last fortnight in a discussion with the Archbishop of Canterbury Justin Welby on the suffering of religious minorities in Iraq and Syria. Fuad Nahdi, head of Radical Middle Way, a think tank involved in inter-faith dialogue, recited an Islamic prayer and greeted the Anglican gathering. “The persecution of Christians in Iraq and Syria is heinous and totally unacceptable to any sane human being. But we should not forget that the Muslims have borne the brunt of these extremists,” Nahdi said during his speech. “Thousands, if not tens of thousands have died in the past couple of years and they will continue to die if we pretend to ignore it,” the Kenya-born campaigner, who was dressed in a blue robe and cap, told hundreds of assembled delegates.
Nahdi also spoke about growing anger among young Muslims in Britain in reaction to criticism that they face because of the actions of extremists they have nothing to do with “thousands of miles away”. “All the pressure on us is to try and justify things that are unjustifiable,” he said, calling for peaceful existence and joint “fight against ignorance” by Christians and Muslims. Also, Nahdi wrote in an article published in The Guardian newspaper that he hopes his appearance “as the first Muslim to address the General Synod shows tht followers of these great religions can be allies”. The Church of England is the mother church of the global Anglican Communion, which has some 80 million followers in over 165 countries.