A Beacon of Coexistence For Muslims In Eastern Europe

The Grand Mosque of Constanta in southeast Romania has a hulking minaret nearly 50 metres high overlooking the Black Sea. It was constructed as a symbol of gratitude to the city’s Muslim community on the orders of King Carol I in 1910. Much has since changed in Romania, but that sentiment remains. Constanta lies in Dobruja, an ethnically diverse region split between Romania and Bulgaria, where the River Danube meets the sea. Ottoman Turks invaded the region in the late 15th century and subsequently expanded further into Romania. Several centuries of Turkish rule followed, bringing settlers from across the empire.
Northern Dobruja came under Romanian control only in 1878, after the young kingdom defeated the ailing Ottoman Empire with assistance from Russia. Some of the region’s Muslims left for Turkey, but others stayed on; their descendants now form the backbone of Romania’s Muslim community of about 64,000 people, roughly 0.34 percent of the country’s population. 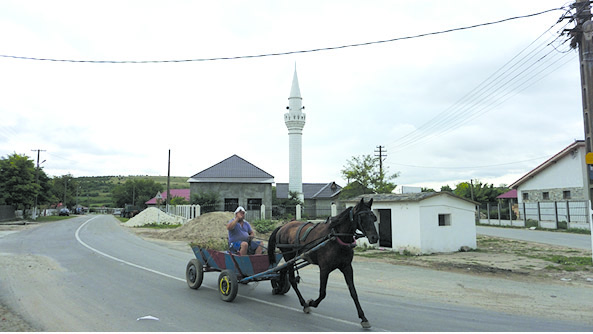 A mosque in Dobromir, a Turkish majority village in southern Romania, near the border with Bulgaria 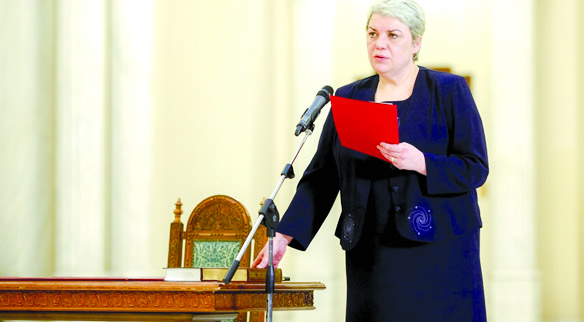 Sevil Shhaideh, a politician with the Social Democratic Party, is of Muslim Tatar descent and was nominated for prime minister in 2017

Compared with other countries in Eastern Europe, Romanian Muslims say their experience has largely been one of peaceful coexistence.
“When Muslims here were still the majority in the 1870s, the Muslim mayor of the town of Medgidia appealed to the authorities in [Romania’s capital] Bucharest for money to build a church for the local Christians,” said Murat Iusuf, who has been Romania’s Chief Mufti since 2005, speaking to Al Jazeera from his office in Constanta.
About 26,000 ethnic Turks, 20,000 ethnic Tatars, and an undetermined number of Muslim Roma “who generally declare as Turks in censuses – form the country’s diverse Muslim community. Turks and Tatars speak related Turkic languages and the two communities have a high rate of intermarriage.
Recent years have also seen the growth of a 10,000-strong Muslim community in Bucharest (Romania’s capital), comprising foreign citizens and converts. They attend the Carol-Hunchiar Mosque on a leafy side-street in the capital, where 78-year-old Osman Aziz serves as the imam
Romanian Muslims appear to have largely been spared the Islamophobic vitriol seen in neighbouring countries at the height of the refugee crisis in 2015.
But that year, while there were no rallies against refugees from Muslim-majority countries, protests did erupt over plans to construct a large Turkish-funded mosque in Bucharest, which was ultimately shelved in 2018. “The presence of Muslims in Romania remains … a marginal issue on the political and public agenda,” concluded the authors of the 2017 European Islamophobia Report. “Much of society’s anger in recent years has been directed towards corruption and the ‘deep state’ rather than poor migrants or Muslims,” said Cristian Pirvulescu, a political scientist at the National School of Political Studies and Public Administration in Bucharest.
In 2017, Romania nearly got its first female Muslim prime minister when the Social Democratic Party nominated Sevil Shhaideh, a politician of Tatar descent who was serving as deputy prime minister at the time. “You might find anti-Islamic discourse among some nationalist intellectuals, but if you stop ten ordinary people on the street here, you won’t hear it,” said journalist VladStoiescu, who coordinates Sa Fie Lumina, an online magazine about religion in Romania. “The Muslims in Dobruja are well integrated – Romanians are accustomed to their presence and so are they to the Romanians”.
(Extracted from aljazeera.com)