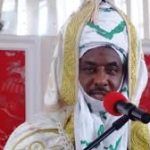 Muhammad Sanusi II, Emir of Kano, in Nigeria, an influential Muslim leader, says Saudi Arabia and Iran have “radicalised and divided” the Muslim world. Sanusi said the world needs to address the root causes of extremism. He added that Islamic leadership could come from less conservative countries like Malaysia and Morocco, adding, “Morocco has made tremendous progress in terms of redefining and reinterpreting Islamic law in a matter that is consistent with the demands of our time”. Regarding Saudi Arabia and Iran, he said both countries, “because of their geopolitical reasons, because of their conflicts and competition for ascendancy, have radicalised and divided the Muslim world”, adding, “And they’ve held on to very conservative, very intolerant versions of the religion.” “Maybe the Muslim world needs to shift its focus, in terms of where leadership has to come from; look at Malaysia, look at Morocco, look at Tunisia, look at Indonesia” he said. He explained, “That can only happen from the body of scholars within the different Muslim countries, who will change the discourse and say, ‘You know what, this is not your role model. Your role model is not ISIS, your role model is not an Islam that says there is only one true interpretation of religion.'” He held out Malaysia as an example of a Muslim country that has been able to live with its religion and also live in the modern world. “Why can’t we be more like Malaysia, more like Morocco? Why do we have to be more like Iran and more like Saudi?”