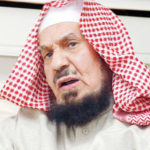 Jeddah: Abdullah bin Sulaiman Al-Manea, a member of Saudi Arabia’s Council of Senior Scholars, has said that Islam is a religion of tolerance and mercy, and not of violence, intolerance or terrorism. He stressed that Muslims should follow the tradition of the Prophet in his tolerant treatment of people from different religions. Al-Manea gave a fatwa (religious advisory opinion), reported by Al-Anba’ Kuwaiti newspaper, stating that Muslims may pray in Shiite or Sufi mosques, churches or synagogues. He noted that all land belongs to God. Concerning dealing with people of other faiths, Al-Manea cited an occasion when the Prophet received a delegation of Christians from Najran in his mosque and he allowed them to perform their own prayer. Al-Manea called upon Muslims to be thankful to God for the blessing of faith and warned against rushing into giving fatwas..