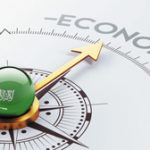 Saudi Arabia will take a $10 billion loan from foreign banks to help close the gap in its state finances from collapsed oil revenues, Bloomberg News reported. Citing three people with knowledge of the matter, Bloomberg said it would be the first sovereign loan in at least 15 years to the Kingdom, the world’s biggest oil exporter. The five-year loan is expected to be signed by the end of this month, said Bloomberg’s sources, who asked not to be identified as the information is private. They said US, European, Japanese and Chinese banks are lending the funds at about 120 basis points above London’s interbank offered rate. Meanwhile, the kingdom is to announce its “vision” for future social and economic development. This will include a “National Transformation Programme” aimed at diversifying the economy away from oil, which still accounts for more than 70 percent of state revenues. Some agencies have lowered Saudi Arabia’s long-term credit ratings. Fitch Ratings earlier this month downgraded Riyadh to AA- from AA due to the “major negative implications” of the plunge in oil prices.
(With AFP)