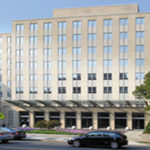 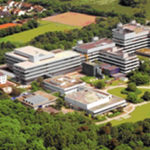 Most of the ideas that go into policy-making today are generated at the world’s leading Think Tanks.
Think Tanks are assuming a crucial role in aligning policies with public interest all across the world. A majority of new ideas today are generated at Think Tanks. They bring together the most intelligent minds and intellectually resourceful people who view issues holistically and serve as incubators of ideas. They act as bridges between knowledge (i.e., academia) and institutions of power (Government and policy institutions). They explore the intellectual resources of people and communities to impart direction and shape to policies in a way that these work well with both the people and Governments. Most Think tanks emerged in the last century.
The recently released 2016 Global Go to Think Tank Index Report by the Lauder Institute of the University of Pennsylvania provides an insight into the working of major Think Tanks around the world. A total 2,543 university teachers, researchers and academics participated in the preparation of the Report. It is a database of nearly 6,856 Think Tanks.

What is a Think Tank?
Think tanks are public-policy research analysis and engagement organizations that generate policy-oriented research, analysis, and advice on domestic and international issues, thereby enabling policymakers and the public to make informed decisions about public policy.

Economic Think Tanks
India Council for Research on International Economic Relations (ICRIER) is ranked 25th among the global Economic Think Tanks. Among Muslim-majority countries, Indonesia’s Economic Research Institute for ASEAN and East Asia (ERIA) occupies 32nd rank. However it seems to be funded by ASEAN organization rather than the Indonesian government. Centre for Economics and Foreign Policy Studies (EDAM) from Turkey takes the 36th position in the list. Institute of Economic Growth (IEG) from India has 52nd position.

Of the 75 top-listed Think Tanks in the region, 14 are from Israel. 10 are from Egypt, 8 are in Turkey,
(For the complete report, see http://repository.upenn.edu/cgi/viewcontent.gi?article=1011andcontext=think_tanks)