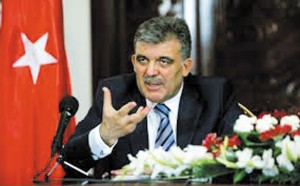 Istanbul: President Abdullah GÃ¼l has issued a stark warning over the turmoil across the Middle East, saying ethnic and sectarian identity politics could presage an era of medieval darkness across the Muslim world similar to Europe’s Middle Ages. Speaking at the Istanbul Forum organised by the Centre for Strategic Communication (STRATÄ°M) on October, 4, GÃ¼l warned against the possibility of a clash “within civilizations” that will be more detrimental than a clash of civilizations in the Middle East, describing it as a doomsday scenario. “There is no possibility or probability that any country, sect, or community can come out beneficially from such a period. In other words, this scenario will lead to a ‘clash within the civilizations’ that will be more detrimental than a ‘clash of civilizations’ and is the disaster scenario where everybody loses,” GÃ¼l told an audience that included participants from Syria, Egypt, Iran, Russia and the European Union.