Where do Muslims Stand?

# Muslims constitute around 23% of the world population and number around 1.7 billion.

* Jews are merely 14 million. Thus for every single Jew, there are more than 100 Muslims.

# Muslims have produced only two Nobel Laureates in Physics, Chemistry and Medicine. Both received their Nobel prize after moving to the West. The only living Muslim Nobel Laureate is Egyptian born Ahmed Hassan Zewail who works at Caltech, California.

* The tiny Jewish community has produced 79 Nobel Laureates in these disciplines.

# There are 57 member-states of the Organisation of Islamic Conference (OIC). They spend only 0.81% of their GDP on research and development, just about a third of the world average.

* Only Jewish state in the world, Israel spends 4.4% of its GDP. The US spends 2.9% of its GDP. Going by the size of the American economy, it is a huge amount.

# The number of scientists and engineers working in RandD in Arab countries is not more than 371 per million citizens while the global ratio is 979 per million. Arabs constitute 5% of the world population but produce only 1.1% of the books, most of which is religious literature. In 2005, Harvard University produced more scientific papers than 17 Arabic-speaking countries combined.

# No major invention has emerged from the Muslim world for the last five centuries. In numerical terms, 41 predominantly Muslim countries with about 20% of the world’s total population generate less than 5% of its scientific output, going by the proportion of citations of articles published in international science journals. A study by academics at the International Islamic University Malaysia showed that OIC countries have 8.5 scientists, engineers, and technicians per 1,000 population, compared with a world average of 40.7, and 139.3 for countries of the Organisation for Economic Co-operation and Development. (For more on the OECD, (see http://www.oecd.org.)

# Yes, if the latest trends emerging from the Muslim world are to be believed. A report in a recent issue of The Economist says a Muslim scientific awakening is underway. What are the pointers?

# The rulers of neighbouring Qatar are bumping up research spending from 0.8% to a planned 2.8% of GDP: depending on growth, that could reach $5 billion a year.

# Research spending in Turkey increased by over 10% each year between 2005 and 2010, by which year its cash outlays were twice Norway’s.

# Quantity does not imply quality, but the papers are getting better, too. Scientific journals, and not just the few based in the Islamic world, are citing these papers more frequently. A study in 2011 by Thomson Reuters, an information firm, shows that in the early 1990s other publishers cited scientific papers from Egypt, Iran, Jordan, Saudi Arabia and Turkey (the most prolific Muslim countries) four times less often than the global average. By 2009 it was only half as often.

# In the category of best-regarded mathematics papers, Iran now performs well above average, with 1.7% of its papers among the most-cited 1%, with Egypt and Saudi Arabia also doing well. Turkey scores highly on engineering.

# In 2000 SESAME, an international physics laboratory with the Middle East’s first particle accelerator, was set up in Jordan. It is modelled on CERN, Europe’s particle-physics laboratory. Surprisingly, the laboratory has scientists from Iran, Israel and from Palestinian areas.
Is there anything in Islam that hinders Scientific Growth?

# The fact that Muslims ruled the world of science from 8th to 13th century while Europe was groping in the darkness disproves that Islam is in anyway responsible in hindering the growth of science and technology. It was during this period that great scientists such as Avicenna (Ibne Sina), Averroes (Ibn e Rushd), Farabius (Al-Farabi), Al-Kindi, Ibn al-Haitham, Al-Khwarizmi (Algorithms is named after him) advanced scientific research in places like Baghdad, Syria, Cairo, Andalus (Spain) and Persia.

# Scientists doing research in engineering, mathematics, physics, chemistry and astronomy face no problem. But the same cannot be said about biological sciences, medicine and surgery where several Islamic concepts collide with religion. Even the most enlightened Muslims are troubled by the notion that humans share a common ancestor with apes. Research published in 2008 by Salman Hameed of Hampshire College in Massachusetts, a Pakistani astronomer who now studies Muslim attitudes to science, found that fewer than 20% in Indonesia, Malaysia or Pakistan believed in Darwin’s theories. In Egypt it was just 8%. However, in this context, some Christians have a similar approach.

# But Islamic standpoint is more progressive and helpful in certain fields. For instance, in the US, researchers wanting to use embryonic stem cells have had to battle pro-life Christian conservatives and a federal ban on funding for their field. But according to Islam, the soul does not enter the foetus until between 40 and 120 days after conception”so scientists at the Royan Institute in Iran are able to carry out stem-cell research without attracting censure.

# Now that the Arab Spring has brought about political changes in the Arab world, it is expected that restriction on freedom of thought will be done away with. 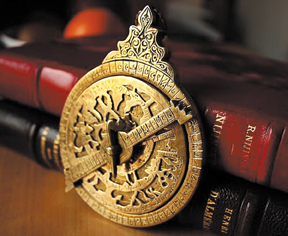 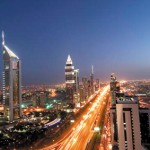