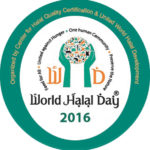 Opatija, Croatia: Opatija Town in Croatia will host the first major international halal congress in the country, (World Halal Day), which will bring together the world’s leading halal institutions, manufacturers, service providers, customers and vendors, academic and research community, embassies, government institutions, representatives of other local and international institutions. The aim of the congress, to be held from November 2 to 4, is exchanging experiences and presenting Croatia and the region as a new destination for tourists demanding halal standards. The third World Halal Day, after the one held in Singapore and India will be entirely dedicated to the halal market, halal tourism, halal food, and nutrition, as well as Islamic banking and finance. This congress will be attended by representatives from Turkey, the United Arab Emirates, Kuwait, Saudi Arabia, Qatar, Mauritius, India, Malaysia, Singapore and South Korea.
“Centre for Halal Quality Certification was registered in 2010 when we established a halal standard in Croatia. Today, the center is an independent institution, and a great potential that attracts interest from non-Muslims as well, which can help Croatia attract investments and strongly boost domestic exports and tourism”, said Aldin DugonjiÄ, head of the Centre for Halal Quality Certification in Croatia