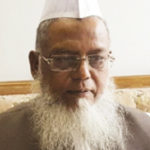 Dhaka: After recently issuing a set of fatwas against militancy, a group of Muslim scholars from Bangladesh have stressed the need for taking their message to the masses to stop militancy and violence in the name of religion. Bangladesh Jamiyatul Ulama (BJU), a national body of scholars, issued the fatwas, saying that those killing people in the name of religion were heading for hell. The edicts came in the wake of continued terrorist attacks across the country. Signatures of 1,01,850 Islamic clerics, including 9,320 women, have been collected in support of the fatwas, prepared in light of the Quran and Hadith. Explaining the initiative, Farid Uddin Masoud, chairman of Jamiyatul Ulama, said the law enforcement agencies alone cannot resist the criminals who are ready to kill themselves in the name of religion. The first thing needed is to dispel the militants’ misconceptions about Islam, he added. The fatwas say “suicide and suicide killings are strictly forbidden in Islam. Those who have been involved in terrorism wrongly thinking that it would take them to heaven should apologise to the Almighty and return to the path of Islam. God doesn’t like those who create chaos and violence”, the edicts add.