Dr Ahmed’s documentary, “Journey into Europe,” is an important window into a period in Muslim history, which created high culture and art through an emphasis on inclusiveness and tolerance. For this reason, the film ought to be mandatory viewing in the Muslim world, which is in dire need of these values. 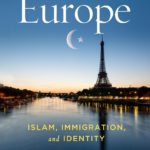 The Spanish term La Covivencia means the coexistence and refers to the period of Muslim rule in Spain when it is postulated that Jews, Christians and Muslims lived peacefully and borrowed from each other’s traditions liberally, thus laying the foundations for religious tolerance.
As a historical idea, it is not without criticisms. Some critics argue that this is merely a hypothesis and that things were far from ideal in Muslim Spain when it came to inter-communal relations. Nevertheless, it is undeniable that Muslim Spain produced some of the greatest examples of the creative genius of plural societies. Averroes, the great Muslim philosopher and Maimonides the great Jewish philosopher emerged out of this great confluence of the three Abrahamic faiths. This is what the great poet Iqbal probably referred to when wrote in ode to the mosque at Cordoba or Masjid-e-Qurtaba:
To Love, you owe your being, O, Harem of Cordoba,
To Love, that is eternal; Never waning, never fading.

An Impeccable Sense of Timing
An appeal for the revival of La Covivencia is central to Dr Akbar S Ahmed’s latest documentary film “Journey into Europe,” where the veteran anthropologist and one of the foremost authorities on modern Islam in the world today ventures into Europe exploring Islam on the continent.
Dr Ahmed has an impeccable sense of timing. The refugee crisis and challenges with terrorism have brought the West face to face with Muslims and Islam in a way that it never did in history. In the US, the Trump presidency has raised new fears for the Muslim community’s future there. Either deliberately or in plain naivety, the anti-Muslim opinion has attempted to paint Islam as inherently incapable of any reconciliation with the western civilisation’s key tenets.
In order to do so, an attempt has been made to erase the historical Muslim footprint in the West that dates back more than a millennium. The documentary starts off with a far-right European commenting on how Islam has no place in western civilisation because its values are incompatible with what are deemed as western values. The most powerful scene in the documentary comes when an ex-Prime Minister of Bosnia responds to this statement by simply saying “Here I am”.

Muslims part of the European landscape
The idea that Islam is somehow alien to the West has been nobly resisted by historians and academics for many years now. “Thomas Jefferson’s Quran: Islam and the Founders” by Denise A Spellberg is one such book that traces West’s interaction with Islam and in particular shows how the idea of Muslims as hypothetical citizens of the US helped shape the attitudes of that country’s Founding Fathers towards religious toleration and freedom of religious belief. Dr Ahmed’s earlier work, including his book “Journey into America” and the accompanying documentary, was in similar vein.
The present documentary film delves further into the past as well as the present to show that Muslims are very much part of the European landscape from the Balkans, where there are three Muslim-majority states, Bosnia, Albania and Kosovo, the footprint of Ottoman rule to Western Europe, where large Muslim populations coexist with Christians and other Europeans in Britain, France and Denmark. It shows that Islam has been a major cultural contributor to Europe and the impact of Muslim rule is still visible in the local cultures of Spain and Sicily in Italy. The impact has been visible in language, culture and art.
The message of an inclusive and plural past, la covivencia, needs to be driven home not just in the West, but in the Muslim world as well, where we must admit that our treatment of diversity and dissent is woeful. The Muslim world has ceased to produce the likes of Averroes and has been in steady decline since the 12th century when we abandoned the doctrine of ijtihad.
The society is riven with sectarian and religious conflict in Muslim majority countries. As a result, we have lagged behind in worldly and material progress. The treatment of minorities, as well as women in Muslim societies of today, is an indication of the rot that set in once Muslims abandoned the path of reason and chose instead to follow ossified dogma.
Dr Ahmed’s documentary, therefore, is an important window into a period in Muslim history which created high culture and art through an emphasis on inclusiveness and tolerance. For this reason, the film ought to be mandatory viewing in the Muslim world, which is in dire need of these values.
Much is made of the “Islamic ideology”, but these key lessons of Islamic history are overlooked. It seems that our approach to the Muslim past emphasises only conquerors and warfare. The “golden age” in Muslim past is mentioned only in passing and with the lament that the West has stolen it from us. This idea of theft also needs to be abandoned, and we must recognise that the world has always progressed by borrowing best practices from dominant cultures.
The need of the hour is a realisation that we have to live in this world, where not everyone is going to agree with our point of view. We must also recognise that the solidarity of Islam is not threatened by new ideas but rather by our inability to accept dissent and diversity which saps its vitality and weakens its core. It is time we revived the eternal and progressive spirit of Cordoba, ushering in a new renaissance in the Muslim East.
(Extracted from newageislam.com)